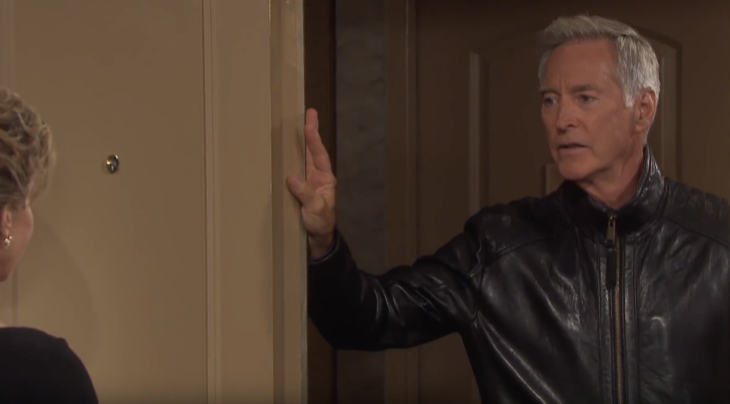 “Days of Our Lives” spoilers for the week of February 4-8 tease that Leo Starke (Greg Rikaart) will grow suspicious. He’ll stumble across a meeting between his mom and John Black (Drake Hogestyn), so it won’t take long for him to realize something’s going on. Leo will decide he wants the scoop, so he’ll urge Diana Cooper (Judith Chapman) to spill it.

Diana will eventually admit that John is her former flame. He believed he was Roman Brady (now played by Josh Taylor) at the time, but she’s always carried a torch for him. It sounds like Diana Cooper is actually Diana Colville (previously played by Genie Francis), who aired on “Days” from 1987-1989.

Now Diana’s using Cooper as her last name and “Roman” is John, but she’ll still feel the same spark. Leo will quickly realize that Diana’s still in love with him, but she’ll snap that John is married. Of course, Leo won’t think that’s a problem. He’ll point out that it’s never stopped Diana before! It seems Diana’s been known to be a bit of a homewrecker, so he’ll expect her to derail “Jarlena’s” marriage, too.

Perhaps that’s why Diana hasn’t completely turned against Leo yet. It’s clear that she’s not a big fan of her son, but maybe she’ll think they can assist each other. If Diana doesn’t suggest it, Leo just might! He’ll be looking for any way he can get his mom off his back. Distracting her with a DOOL mission to win over “Roman” might be beneficial.

Other “Days of Our Lives” spoilers say Chloe Lane (Nadia Bjorlin) will face some dangerous thugs. They’ll be the follow-up to the knife Chloe received in the mail. That was a message that she’d have to pay the price for what she did to Mateo aka El Fideo (Andoni Gracia).

The good news is Stefan DiMera (Tyler Christopher) will be nearby to intervene. The bad news is he’ll get shot trying to protect Chloe! However, “Days” viewers shouldn’t worry too much. Stefan’s wound will be fairly minor, so Chloe will control the bleeding and offer her gratitude while they wait for help to arrive.

Bold and Beautiful Spoilers: Flo Wrecked With Guilt, Considers Telling Steffy The Truth About The baby

Young and the Restless Rumors: Adam Newman Alive and Out For Revenge – Newman’s Beware