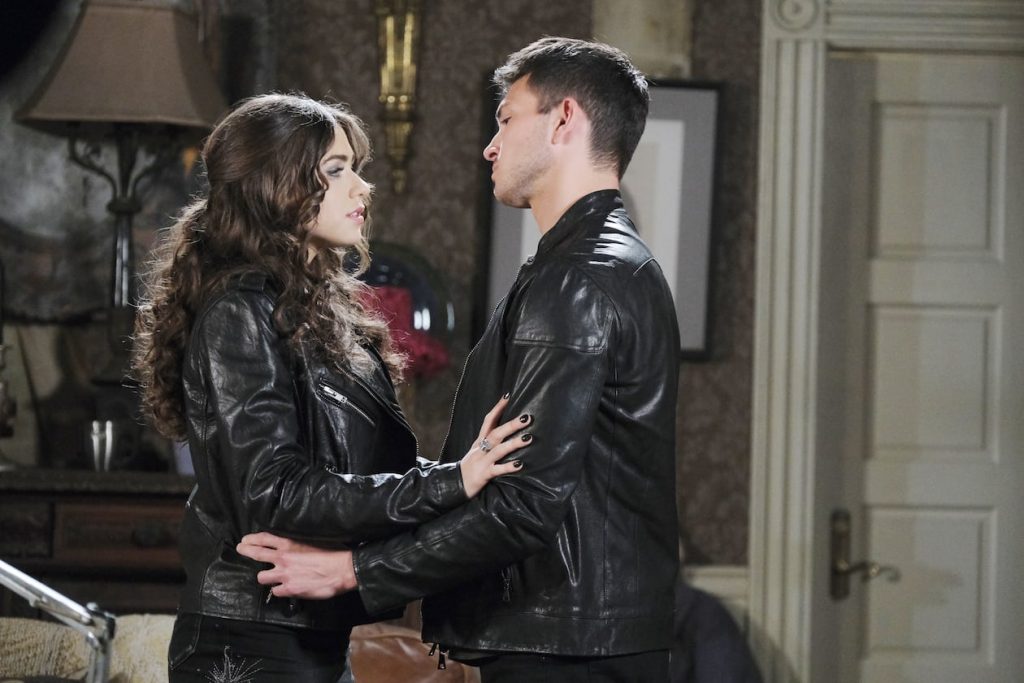 Days of Our Lives spoilers for Wednesday, October 2 tease another exciting day of drama and suspense for Days of Our Lives fans as confrontations and sad situations abound among the Salemites!

Days of Our Lives Spoilers – Ciara Brady’s Life Is Threatened

Ciara Brady’s (Victoria Konefal) life is threatened as a car speeds towards her outside the Brady Pub; the face of the driver cannot be seen through the windows and windshield of the car, but it is a pretty safe bet that it will turn out to be Jordan Ridgeway (Chrishell Hartley) considering she’s tried to kill Ciara several times in the past.

Viewers will also recall that little sick twisted promise Jordan made to her baby a few days ago, that she would kill anyone that tried to come between them! Ciara’s advocating for Ben Weston (Robert Scott Wilson) to be able to visit his nephew hardly seems like “trying to come between them” though!

Days Of Our Lives Spoilers Tuesday, October 1: Rafe Has A Warning – Kristen Has Big News – Vivian Needs A Favor – Xander Gives Nicole What She Wants

Elsewhere, Vivian Alamain (Robin Strasser) is desperate as she tries to get away from the probing eyes of the Salem Police; Kate DiMera (Lauren Koslow) has awakened from her coma and pointed the finger towards Vivian as her assailant! She will go to Kristen DiMera (Stacy Haiduk) at Dr. Wilhelm Rolf’s (William Utay) for shelter and to help her hide out, and Kristen doesn’t want to give an assist; Vivian then pulls a gun on her! Vivian obviously doesn’t know who she’s messing with!

Kristen is just as dangerous as Vivian if not more so! Vivian is getting more and more desperate, with an all-points bulletin out for her capture! Detective Rafe Hernandez (Galen Gering) actually did a pretty good job of tracking her from the tunnels out to the entrance where she came out, it’s just that she was ahead of him!

Rolf had talked about saving a baby’s life by refusing to do an abortion, than Nicole overheard Sarah at Salem University Hospital making a call to rush some pregnancy test results – only it’s not her own, it’s Kristen’s!

Julie Williams (Susan Seaforth Hayes) knows she’s living on borrowed time now that Kate has come out of her coma and her heart is no longer available for donation. The family is back to square one with Julie now having had a second heart attack, and being too old for the transplant list.

Julie even feels herself slipping away and instinctively knowing that she is nearly at death’s door, she makes a dying request to her husband and the love of her life, Doug Williams (Bill Hayes). Doug undoubtedly doesn’t want to face the fact that he is almost certainly going to lose his beloved Julie!

The Bold And The Beautiful Spoilers For Wednesday, October 2: Shocking Confessions and Startling Confrontations