Days of Our Lives Spoilers: Victor Drops Bomb On Marlena 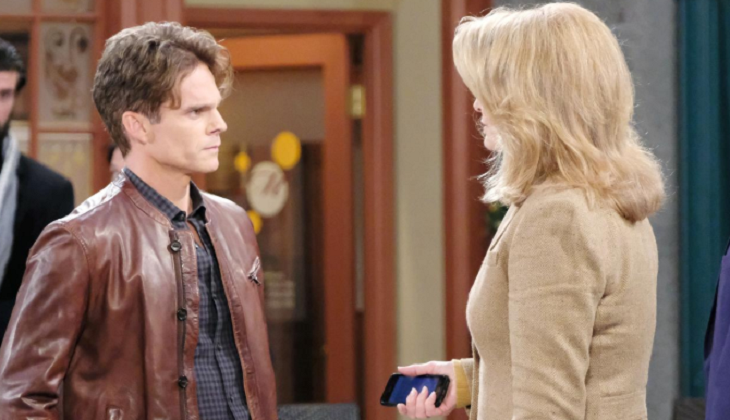 Days of Our Lives (DOOL) spoilers tease that Marlena Evans (Deidre Hall) will soon get quite the shock. She’s been feverishly worried about her grandson Will Horton (Chandler Massey) and the mess that Leo Starke (Greg Rikaart) has made of his life. All Will wants is to be with Sonny Kiriakis (Freddie Smith), but Leo’s blackmail is making that impossible.

Marlena would like for John Black (Drake Hogestyn) to use his influence with his old flame Diana Colville (Judith Chapman) to get some dirt on Leo that will help Will and Sonny eliminate Leo from their lives. But there’s a wrinkle. John’s just learned from Diana that Leo’s his son, and so John’s starting to feel a paternal bond with Leo.

Days Of Our Lives – Marlena Puzzled When John Defends Leo

John found out about Leo’s paternity on Valentine’s Day, and he chose not to ruin his celebration with his “Doc” by revealing the inconvenient fact just then. And it seems that John will have difficulty telling Marlena about being Leo’s dad going forward as well. He’ll want to tell her, but the time will never seem right. 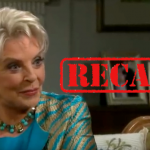 Days spoilers say that Marlena will be shocked when John starts to stick up for Leo. It won’t make any sense to her, and since she doesn’t know that Leo is John’s son, she’ll remain baffled. That is until she finally hears the truth from an unlikely and unexpected source…Victor Kiriakis (John Aniston).

It seems that Diana will pay Victor a visit and during their conversation, she’ll inform Victor about Leo’s parentage. Days spoilers say that Diana and Victor will make some sort of agreement, possibly about Leo. Could Diana ask Victor to “inadvertently” drop Leo’s paternity on Marlena, perhaps in order to drive a wedge between John and Marlena?

Days Of Our Lives – Is Leo Really John’s Son?

The move would certainly fit Diana’s agenda since she clearly wants John back. But John and Marlena have a very strong bond, and while Marlena may be peeved at John for keeping Leo’s paternity from her, she’ll probably ultimately understand why John was reluctant to tell her about it.

Days of Our Lives Spoilers: Jack Reveals Haley’s Immigration Status – What Will Haley Do Now?#DOOL#DAYS#DaysOfOurLiveshttps://t.co/xbIGqobbg3

Do you think that Leo is really John’s son, or is Diana just playing games with John? Stay tuned to DOOL and don’t forget to check Soap Opera Spy often for the latest Days of Our Lives spoilers, updates, and news.

Bold and the Beautiful Spoilers: Sally Spectra Is Back In Control