Days Of Our Lives Spoilers: Stefan Makes A Move On Chloe – Hot New Couple In Salem? 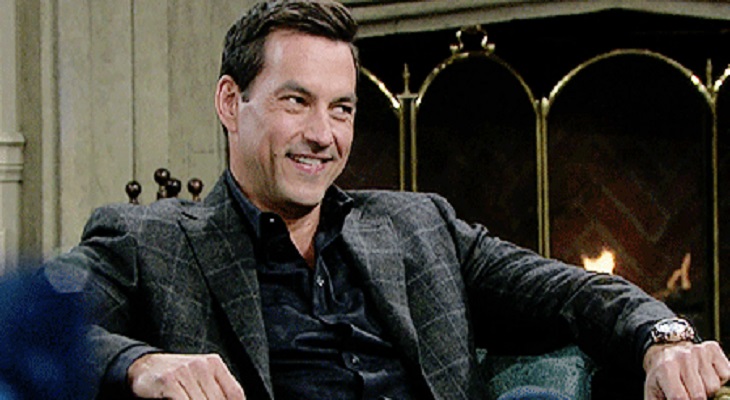 Days of Our Lives (DOOL) spoilers tease that Stefan DiMera (Tyler Christopher) will make a shocking admission. He recently welcomed Chloe Lane (Nadia Bjorlin) and her kids into his home after Chloe was threatened and nearly killed by El Fideo’s (Andoni Gracia) thugs. Chloe is grateful for Stefan’s help and protection, but it doesn’t seem like she has romance on her mind.

For a while, it seemed like Chloe was going to pair up with Brady Black (Eric Martsolf) again. The two had been getting closer over the past few months, and Brady offered his support to Chloe when Chloe was vying to raise Nicole Walker’s (Arianne Zucker) daughter Holly Jonas (Harlow and Scarlett Mallory).

But Chloe and Brady’s pairing came to a screeching halt when Chloe declared that she just wanted to be friends with Brady. Brady was devastated by the announcement, as he was really hoping for a fresh start with Chloe. But Chloe was adamant that she didn’t want to ever lose Brady as a friend, and a relationship could do that.

So, does that mean that Chloe might be open to a relationship with someone else…like Stefan? It certainly seems like that’s where things may be headed. According to Days spoilers, Stefan will soon determine that he’s interested in Chloe, and he’ll take the direct route and tell Chloe that he wants to be more than friends with her.

Days of Our Lives Spoilers – Stefan Makes A Move

This may lead to some awkwardness around the house, especially if Chloe shuts down Stefan’s suggestion. But will she? Chloe certainly has seemed to be into Stefan ever since he saved her from El Fideo’s men. She’s defended Stefan to Brady and to Eve Donovan (Kassie DePaiva), so maybe she’ll consider embarking on a relationship with him.

In fact, she might suggest that the two take it slow and see where things lead. Do you think Chloe and Stefan will become a couple?

Young and the Restless Spoilers: Phyllis Shocked When Nick Dumps Her