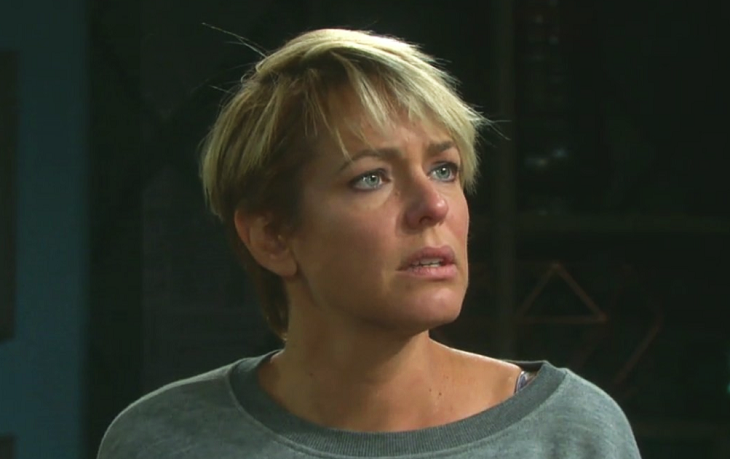 Eve pretends to be protecting Claire Brady (Olivia Rose Keegan) and Tripp Dalton (Lucas Adams) and blame J.J. Deveraux (Casey Moss) for the damage that was done. Eve demands Haley meet her for a press conference or she will release the video and let the chips fall where they may. Haley tells J.J she has to make a decision; he begs her not to do what Eve asks. J.J. thinks Haley should let this play out, Haley wants to protect Tripp and Claire. Haley doesn’t think she has a choice, J.J. begs her to think about this first.

Days of Our Lives Eric Brady (Greg Vaughan) opens up to Brady Black (Eric Martsolf) about his fight with Nicole Walker (Arianne Zucker). Brady tells Eric he did everything he could to take care of Holly Jonas (Harlow and Scarlett Mallory) and Nicole is lashing out at him because she can.

Eric thanks Brady for listening and goes to find Nicole. Nicole runs past Eric and into Brady’s arms. Brady tries to defend Eric, Nicole doesn’t want to hear it. Xander walks in as Brady and Nicole hug and tells Brady to unhand his wife.

Days Of Our Lives Spoilers – Maggie Kiriakis Has Support

Days of Our Lives Maggie Kiriakis (Suzanne Rogers) orders vodka and is tempted to drink it. Maggie blames herself for what happened to Holly. Nicole suggests Maggie go to a meeting. Nicole insists on taking Maggie home because she is so upset.

Maggie thanks Nicole for comforting her. Nicole gets Maggie home and Maggie thanks her. She thanks Brady for trying to keep Holly safe. Nicole refuses to go anywhere with Eric to talk to him. Eric begs Nicole to speak to him.

Days Of Our Lives Jack Deveraux (Matthew Ashford) and Abe Carver (James Reynolds) argue about the election, and Jennifer Deveraux (Melissa Reeves) wants to know what is going on with them. Jennifer realizes Eve and Jack are up to something. Jack encourages everyone to vote. Eve complains because Haley isn’t there. Eve doesn’t want to wait for Haley to arrive and announces they have something special for the voters.

Days Of Our Lives Spoilers – Melinda Trask Is Worried

Haley comes, and Jack calls her up to speak. Melinda Trask (Laura Kai Chen) asks what Haley is doing; she says what has to do. Haley tells everyone how she came to America. Haley talks about how much she loves Salem and how people have helped her.

Melinda speaks to Tripp and Claire about Eve and Jack’s agenda. Tripp texts Haley and asks what is going on as Melinda approaches Abe and thanks him. Melinda appreciates Abe speaking in support of her sister. Melinda has thrown her full weight behind Abe.