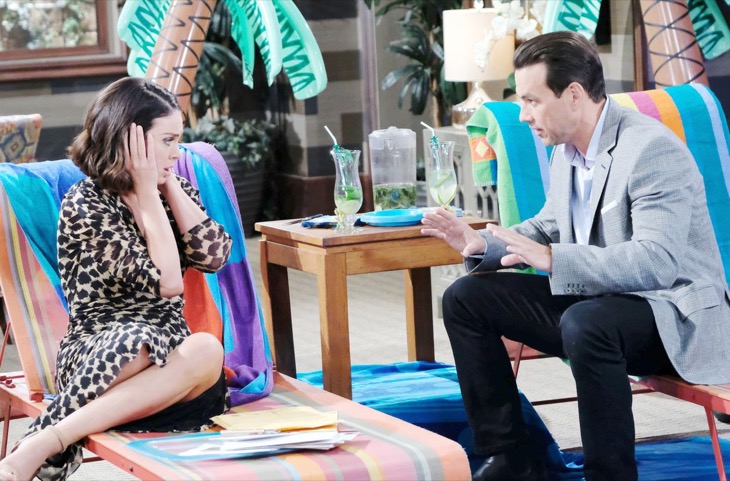 Days of Our Lives spoilers say that actress Nadia Bjorlin, who has played Chloe Lane on the soap since 1999, has confirmed her exit from the show. Since DAYS tapes six months ahead, her final air date cannot be predicted; nor is there any word whether the character will leave the show permanently, or be recast.

This is not the first time Nadia has left the role; there was a two year gap between 2005 and 2007, and another gap between 2011 and 2013. She left again and returned for a special episode in 2015, and then again in 2016, and most recently returned in March 2018. But her Instagram post, where she notes she made nearly 19 years on the show and thanks Days of Our Lives for the memories, seems to confirm she’s not coming back this time!

Current storylines have Chloe, the surrogate mother of Holly Jonas (Harlow and Scarlett Mallory) as Nicole Walker’s (Arianne Zucker) choice to raise Holly, should anything happen to her. Of course, Days of Our Lives viewers know that Nicole was supposedly killed in a warehouse fire, along with Xander Cook Kiriakis, (Paul Telfer), who recently appeared in Salem alive and well; and bringing a not-so-dead Jack Deveraux (Matthew Ashford) to Eve Donovan (Kassie DePaiva)! 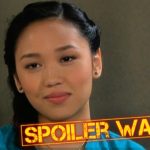 MUST WATCH General Hospital Preview Video Tuesday, January 29: Sam Breakups With Jason, Plans To Beat Shiloh At His Own Game