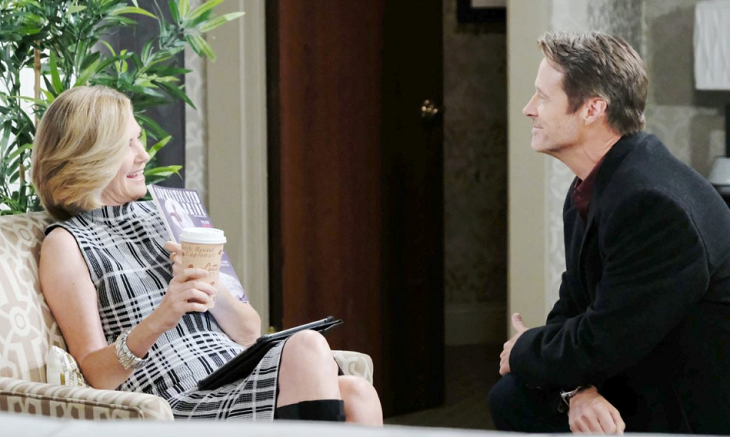 “Days of Our Lives” spoilers for Monday, April 15, tease that Jennifer Horton (Melissa Reeves) will face more disappointment. When Jack Deveraux (Matthew Ashford) suddenly halted his nuptials, it gave Jenn some hope. She undoubtedly feels like Jack has seen the light and decided to dump his manipulative bride, Eve Donovan (Kassie DePaiva).

Sadly, that’s not what’s happening here. Jack will simply make some sort of speech before officially making Eve his wife. “Days of Our Lives” spoilers say Jennifer will be heartbroken, but she’ll try to accept what she can’t change. There’ll be nothing left to do except witness Eve and Jack’s first kiss as a married couple.

It’ll be hard to watch Jack make such a disastrous decision, but it’s his decision to make. Jennifer can’t make it for him and neither can Adrienne Kiriakis (Judi Evans), who obviously planned to sabotage this wedding. 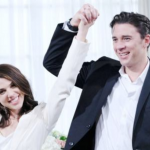 “Days” spoilers say Jack will confront Adrienne about that on Monday. He’ll toss accusations around, but Adrienne will defend her efforts and hope that Jack comes around eventually.

For now, Jack and Eve will enjoy their newlywed status. “Days of Our Lives” spoilers state that they’ll head back to the Salem Inn for lovemaking.

Eve will feel like she’s getting everything she wanted, but how long will Jack be satisfied? Jennifer seemed to stir up some strong emotions, so maybe Jack can build on that in the weeks ahead.

Across town, Haley Chen (Thia Megia) and Tripp Dalton (Lucas Adams) will also tie the knot. Claire Brady (Olivia Rose Keegan) just barged in to stop them, but she’ll end up shifting gears and not exposing the sham. DOOL fans know getting Haley deported would only anger Tripp, so Claire can’t win with this strategy. She’ll have to make up an excuse for her shocker and let Tripp become Haley’s new husband.

Over with Ben Weston (Robert Scott Wilson) and Ciara Brady (Victoria Konefal), they’ll share some steamy moments. Ben just asked Ciara to stay over for the night, so they’ll take advantage of this private time together. “Days” spoilers say Ciara and Ben will move their romance forward, but look for an interruption to shake things up.

Days Of Our Lives News: Tyler Christopher Reveals Why He Left https://t.co/4SjeRKAzzy pic.twitter.com/n7PHw8rEdJ

DOOL viewers won’t want to miss all the hot action. We’ll give you updates as other “Days” news and rumors emerge. Stick with the NBC soap and don’t forget to check SOS often for the latest “Days of Our Lives” spoilers, rumors, updates, and news.