Days of Our Lives Spoilers: Melinda And Haley’s Secret Has Fallen In To The Wrong Hands 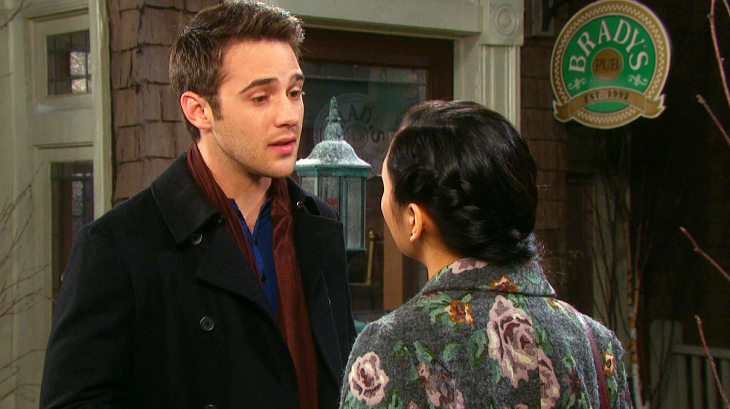 Days of Our Lives spoilers tease that Eve Donovan (Kassie DePaiva) will hear Melinda Trask (Laura Kai Chen) and her little sister Haley Chen (Thia Megia) in the midst of an argument about Haley confiding her immigration secret to JJ Deveraux (Casey Moss). JJ had previously confided it to his father Jack Deveraux (Matthew Ashford) as well, and had begged him to keep quiet.

Days Of Our Lives – Will Eve Use What She’s Heard As Ammunition?

Jack may not be the real problem here, but JJ may think he is, after Eve decides to use what she’s overheard as ammunition in Jack’s mayoral campaign. This could drive a wedge between JJ and Jack, even though Jack may not have anything to do with divulging Haley’s secret.

This could also cause problems for JJ and Haley and possibly drive even more of a wedge between Melinda and Haley. Days of Our Lives viewers who are rooting for Jack and Jennifer Horton (Melissa Reeves) to reconcile can only hope the outcome will prove Eve’s deceitfulness, and his natural honest instincts for doing the right thing will override his amnesia. Then maybe Jack will start believing Jenn over Eve.

Days of Our Lives #DOOL Spoilers: Eli And Lani Crank Up The Romance @celebratesoaps https://t.co/IM6bp2cieQ

Days Of Our Lives – Who Wants To Play Wheel Of Misfortune?!

It sounds like there’s a whole wheel of misfortune being set up for JJ, Haley, Melinda, Jack and Jennifer and Eve is the one spinning it. Eve is pushing Jack into politics not only so he can be mayor, but so she can be the force behind the mayoral office and pull the strings, and have the power.

There’s no doubt that if he gets the mayor’s seat, and he stays with her, Eve will want to push him up the political system to governor, senator, and even beyond. She will remind him that his adopted father, Harper Deveraux (Joseph Campanella) was a senator and may try to convince Jack that politics are his legacy.

There’s an ugly political race complete with mudslinging and dirty politics ahead in Salem. Keep watching Days of Our Lives and checking Days Of Our Lives spoilers frequently to see who will ultimately win the mayoral race.