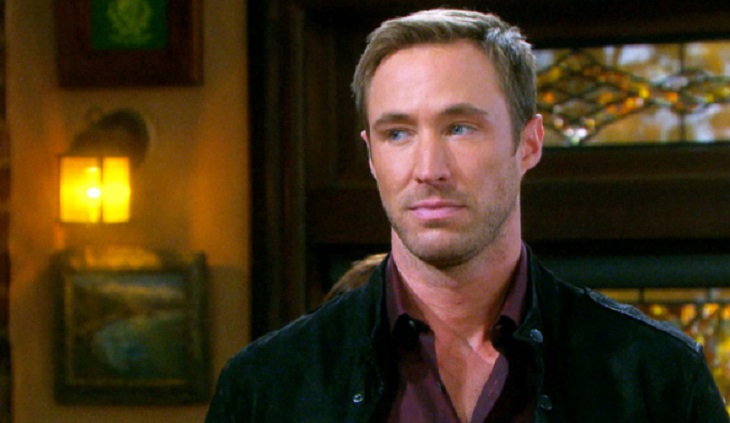 Kyle Lowder, who plays Dr. Rex Brady on “Days Of Our Lives,” was rumored to have been let go from the soap. The actor was last seen in the sudser 13 years ago when he played Brady Black, a role that was taken over by Eric Martsolf in 2008. When Lowder came back in 2018, he returned as Dr. Rex Brady.

According to set side sources, Lowder’s departure from the show is storyline dictated, and his final airdate is reportedly on August 9. Lowder has yet to confirm if the reports are true about his exit and showrunners have yet to comment on it as well.

Lowder’s character, Dr. Rex Brady, isn’t that popular among “Days Of Our Lives” viewers. Fan’s aversion to his alter ego can be attributed to his unpredictable behavior, and Lowder is aware of it. When asked about it in a recent interview, he admitted that his character was difficult to play. But as an actor, he “always loves a challenge.”

“He’s a challenging guy to play. He doesn’t always have the best behavior a lot of the times — whether it’s infidelity or being aloof or in denial or both with the Sarah and Eric situation. Even if you hate your character, you still want to love to hate him. You still want him likable, you still want to watch him,” he explained.

“And the danger is you really have to commit to the work and to the scripts and the scenes and the character, but you don’t want to go too far to where people are like, ‘Ugh, I can’t even deal with him. I can’t watch him on-screen.’ So, it’s always been a challenge to play him and to really try to make him likable, amidst all of the Dumpster fire that he is!”

Although he knew that his character wasn’t popular among the viewers, Lowder was proud to say that he enjoyed playing his part and will always be grateful for the opportunity to be a part of the show. He acknowledged that his alter ego’s choices, behavior, and decisions didn’t sit well with many viewers and fans. But he said, “that’s cool. That’s entertainment. You can’t always be a great guy all of the time.”

Days of Our Lives Spoilers – Rex Brady Off The Canvas

Lowder made it no secret that he wanted to develop his character. Even though he may not get that much time to do so because of his reported exit next month, fans may get to see a part of Dr. Rex Brady that’s likable.

Days of Our Lives #DOOL Spoilers: Time Is Running Out For Kate And Ted -Will Hope Brady Find Them In Time? @celebratesoaps https://t.co/OQkXDGlZTg

Even if he is indeed leaving the show, fans of Lowder will still see him in the upcoming new film “A Mermaid for Christmas.” Lowder and other cast members, including Jessica Morris, Arianne Zucker, and Kathleen Gati, are set to start filming the movie later this spring.

Young and the Restless Spoilers: Calvin’s Death Makes Chelsea Most Eligible Bachelorette – Will She Choose Nick Or Adam?