Days of Our Lives Spoilers: JJ Comes Clean To A Stunned Jack And Jennifer 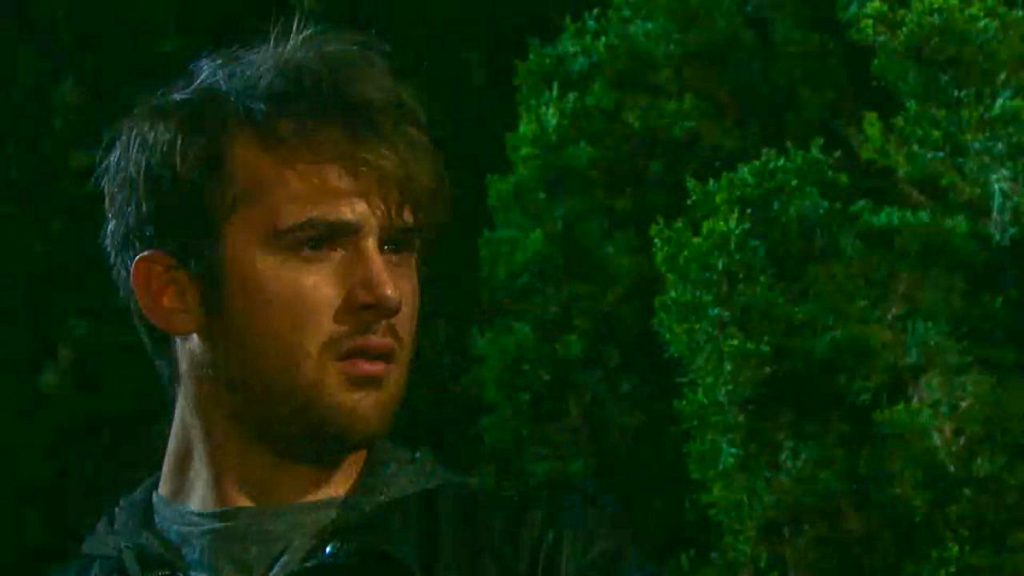 JJ has gotten addicted to pills and has been in a bad way ever since his girlfriend Haley Chen (Thia Megia) died, after Kristen DiMera (Stacy Haiduk) apparently went beserk after her and Brady Black’s (Eric Martsolf) baby girl died and Haley died as a result. However, Kristen was never charged with a crime and the District Attorney ruled it an accident.

It has not yet been revealed if Haley’s mother, Melinda Trask (Laura Kai Chen) was still DA at the time, but if she was, chances are it was an accident. If it was murder Melinda may have killed Kristen herself! JJ was in a deranged state when he went after Kristen in Rome, intending to kill her, and Eli Grant (Lamon Archey) brought him back to Salem.

Jack and Jennifer knew JJ was messed up and on drugs, but not that he had a target on Kristen and was out to kill her. Eric Brady (Greg Vaughan) saw JJ and realized he was high about a month ago, and got him into an AA meeting at the Horton Center, but when Brady Black (Eric Martsolf) showed up JJ charged at him and bolted from the meeting, not being able to take hearing about Brady’s loss of his baby girl with Kristen! Whatever happened when Haley died, Kristen caused her death whether it was an accident or whether it was from being out of her mind with grief, and as far as JJ has been concerned, it was cold blooded murder and Kristen needs to die for Haley to have justice!

The day that he pulled Eli’s gun on her in Rome, Haley even came to him in visions (probably hallucinations) telling him not to kill Kristen to avenge her but he didn’t listen. Neither Eli nor Lani Price (Sal Stowers) who both were there as JJ held the gun on Kristen would legally have been able to arrest JJ or take him into any kind of custody, since both quit the police force, and even if they had not quit, they would have been out of their legal jurisdiction; the Roman police would have had to been called and then the Salem Police Department would have had to extradite JJ back to Salem.

JJ will likely come clean to his parents about his having stowed away on the DiMera jet and following Eli to Rome, where he followed him to the convent and tried to kill Kristen. As horrible and as ugly as the truth is, it is a good first step for JJ’s healing to admit what he did and hopefully to realize that it would have been wrong and as Kristen told him, would not have brought back Haley and would only have ruined the rest of his life.

He would have been guilty of the same thing that he accused Kristen of, murder, only in his case it would have been premeditated. If this were a physical wound that had gotten infected, the first step is to reopen the wound and get all the infection out and JJ’s confession will do that for him mentally and emotionally so that he can heal, and then get into rehab for the drugs.

The Bold And The Beautiful Spoilers: Hope Decides To Partner Up With Thomas