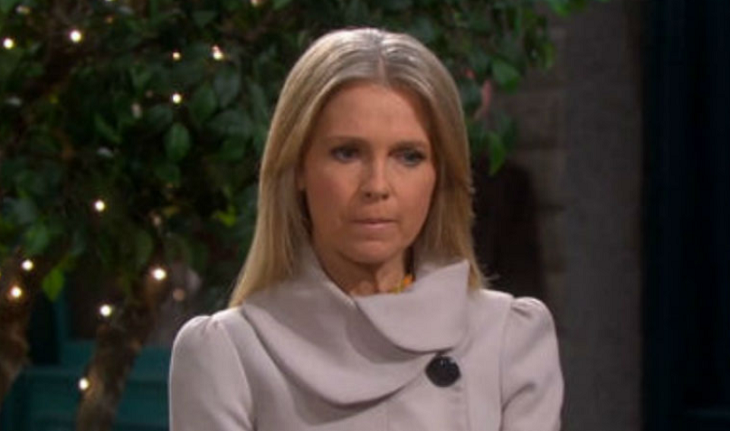 Jenn won’t want to believe that Jack Deveraux (Matthew Ashford) actually is going along with this sham of a wedding, as far as Jenn is concerned. Jenn will be 99 per cent certain Eve tricked Jack into marrying her, along with many Days of Our Lives viewers!

The announcement was certainly sudden. It was also spur of the moment, since Claire Brady’s (Olivia Rose Keegan) recording of Tripp Dalton’s (Lucas Adams) confession that his marriage to Haley Chen (Thia Megia) would be fake didn’t actually record. 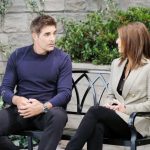 Days Of Our Lives Spoilers – Jack Deveraux Did Not Dispute Announcement

Nonetheless, the announcement was made, and Jack didn’t dispute it. Eve seems to want to cement herself together as man and wife, and as soon as possible, since they have been living together for quite some time and even sharing a bed. They still have not consummated their relationship and Eve can’t understand why.

But a legal marriage will bind them together, and Eve will share in whatever political career and positions that Jack acquires, on his way up the political ladder. Eve will most certainly continue to be the driving force behind Jack and his political career, as well as the brains speaking through his mouth. That is exactly the way Eve wants it to be, too.

Jennifer knows Jack is being controlled by Eve, and if he was in his right mind he would never agree to this marriage or have taken up with her to begin with. Nor would he risk his family relationships by getting a girl who their son JJ Deveraux (Casey Moss) was falling in love with deported!

Jenn knows Jack would more than likely try to find a loophole in the immigration laws to be able to sponsor Haley so she could become a full citizen legally. Jennifer will take some desperate steps to save Jack from Eve, and from himself this wee.

Days Of Our Lives Spoilers: Jennifer Tries To Jog Jack's Memory By Recreating A Scene From Their Past; Will It Work? #DOOL #Daysofourlives @celebratesoaps https://t.co/9SlgaGMMVG

She will try to jog his memory and help him remember the man he once was, whether she wins him back or not. Stay tuned to Days of Our Lives and keep checking Days of Our Lives spoilers frequently for all the latest updates, news, and developments!