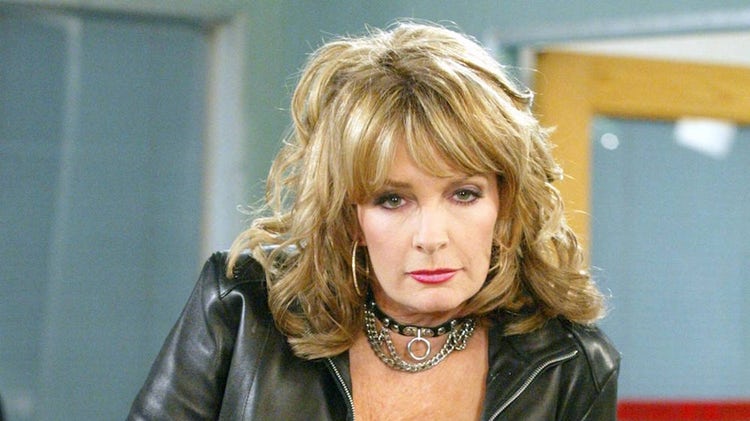 Days of Our Lives spoilers tease that Deidre Hall might be reprising her DOOL alter ego Hattie Adams soon on Days of Our Lives! In an Instagram post from the Deidre Hall Fan Club, Deidre is shown with Lauren Koslow who she refers to as her BFF (Best Friend Forever) with Deidre sporting a brightly colored floral blouse! Deidre wrote, “Another swell day working with BFF Lauren. Ron has created hilarious moments throwing Hattie and Kate together!! (It must be Hattie…look at that blouse!!) Do you love the idea of Hattie/Kate scenes?? Hilarious!!”

The last time Days of Our Lives viewers were treated to a Hattie appearance was in Dr. Marlena Evans out of body experience in March 2019, and prior to that in 2016. Hattie was introduced as a character in 2000, and was played by Andrea Hall, Deidre’s real-life twin sister, who had also played Dr. Samantha Evans.

In 2016, Hope Brady (Kristian Alfonso), who found herself in prison, met up with Hattie, who was also in prison. Hattie rescued Hope from being beat up by fellow inmates Coco (Lauren Letherer) and Sheila (Tionne Watkins), and was thankful to Hope for killing Stefano DiMera (Joseph Mascolo) who she had wanted to kill herself for various reasons, and had told Hope Stefano was supposed to send her money to get her original face restored, but never did.

Stefano had found her waitressing in a diner and noted how much she looked like Marlena, and had recruited her to be Marlena’s doppelganger, meaning a lookalike, and had plastic surgery done on her to complete the job! 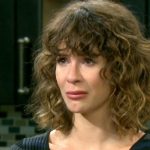 Days of Our Lives Spoilers: Sarah And Rex Race To Save Will

Hope later helped Hattie gets released from prison but probably shouldn’t have, since she was later found to be working with Anjelica Deveraux (Judith Chapman) and Marlena wound up being drugged and put in a mental institution while Hattie pretended to be Marlena! She also helped Anjelica replace Adrienne Johnson (Judi Evans-Luciano) with Bonnie Lockhart (Judi Evans-Luciano) who was supposed to break up with Lucas Horton (Bryan Datillo) and get back with Justin Kiriakis (Wally Kurth) but Bonnie slept with Lucas instead, messing up Anjelica’s plans!

Later both women turned their backs on Anjelica, who later died, and Hattie started working with Andre DiMera (Thaao Penghlis) who she also turned her back on and tried to have committed to Bayview. Hope had enough of Hattie and the last DOOL viewers saw of her prior to Marlena’s out of body experience was in February 2018 when Andre was found dead!

Deidre doesn’t say when Hattie might turn up next, but it’s obvious she and Kate will be in scenes together, and with Thaao Penghlis and Leann Hunley returning as either Andre or Tony DiMera and Anna DiMera in July, it might be Andre who returns and Hattie around the same time! Stay tuned to Days of Our Lives and keep checking Days of Our Lives spoilers frequently for all the latest news, updates and developments!

General Hospital Spoilers: Shiloh Pleased Sam By His Side At Hospital, But Not For Long