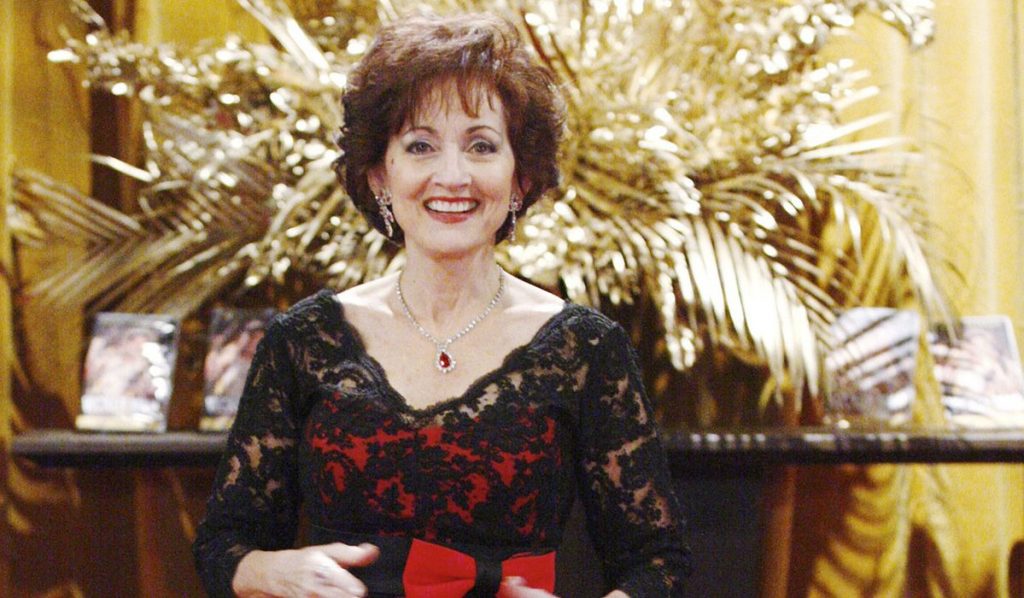 Days of Our Lives spoilers tease another exciting day of drama and suspense with tense situations and dangerous confrontations among the Salemites in Friday, September 6th’s episode of Days of Our Lives!

In the park adjoining Horton Town Square, Kate Roberts DiMera (Lauren Koslow) has the shock of her life when she runs right into Vivian Alamain (Robin Strasser)! She knew that she killed Vivian, and in Thursday’s episode Vivian responded that a cat has nine lives but Kate only had one, and she pointed her gun at her which Stefan had just returned to her after setting her up in the Salem Inn, where he was thinking the two wouldn’t run into each other because Kate had just moved out of the Salem Inn and into the DiMera Mansion! Vivian’s plans are to kill Kate, so viewers will have to tune in tomorrow and see if she pulls the trigger or deals with her another way!

Still at Salem University Hospital, Brady Black (Eric Martsolf) talks to Ciara Brady (Victoria Konefal) and tells her it’s about time she joined the family business and offers her a job at Titan. Ciara is suspicious of Brady’s offer, and who could blame her? She doesn’t have any office experience, let alone business experience! It sounds like a guilty grandpa kind of job being created by Victor Kiriakis (John Aniston), especially considering he was seen in Thursday’s episode talking to Bo Brady’s (Peter Reckell) photograph, promising him to take care of his and Hope Brady’s (Kristian Alfonso) daughter, who he referred to as “slipping”! 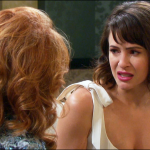 Days of Our Lives Spoilers – Sarah Brady Confides In Dr. Kayla Johnson About Her Predicament

At Salem University Hospital, Sarah Horton Brady (Linsey Godfrey) confides in Dr. Kayla Johnson (Mary Beth Evans) about her predicament, apparently having ascertained that she actually is pregnant. Xander Kiriakis (Paul Telfer) teased her about being “preggers” when she lost her lunch right in front of him in Thursday’s episode, but it did get her to thinking! Now she must have a positive result and needs to talk to Kayla about where to go from here, since she could either be pregnant by Eric Brady (Greg Vaughan) or by Rex Brady (Kyle Lowder) and isn’t even sure whether to tell Eric about the pregnancy or not! However, a woman can’t hide something like that forever although she could fudge the dates a little to make it seem like Rex is likely the father! Rex has moved away and his portrayer has left the show, so any contact with him will have to be script mentions of off-screen conversations!

Victor is showing his ugly side when he orders Xander to kill Ben Weston (Robert Scott Wilson)! He did choke him unconscious in Thursday’s episode but probably did not go through with making him graveyard dead! Victor wouldn’t have to order him to kill Ben if he already had finished the job! Maybe Xander thought teaching him a lesson would be sufficient – after all, he wouldn’t want this to get back to Sarah or Maggie!