Days of Our Lives Spoilers for Thursday, December 19: “Hope” In The Hot Seat – Kate Gets Under Kayla’s Skin – Evan And Sonny Grow Closer – Victor Becomes Suspicious Of Ciara 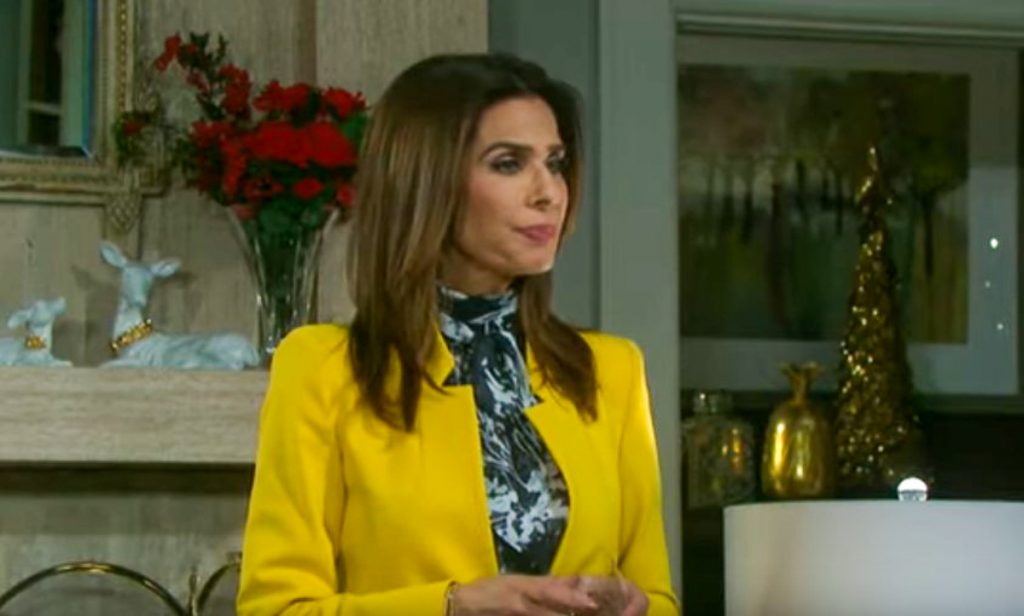 “Hope Brady”, also known as Princess Gina Von Amberg (Kristian Alfonso) is in the hot seat as she and Stefano DiMera (Stephen Nichols) hear a knock on the door of their secret lair. Detective Rafe Hernandez (Galen Gering) has gotten a tip, after trying to find Dr. Wilhelm Rolf (William Utay) in a room at the Salem Inn and failing to find him there, points him to the loft where the secret lair is. Rafe busts in, and as Stefano flees through a back door, Rafe is greeted by the site of “Hope” with a gun pulled on him! Rafe wants to know what is going on and she tells him she’s investigating the same tip as he is, and he falls for it and starts looking around for clues

Meanwhile, Kate Roberts (Lauren Koslow) gets under Kayla Brady’s skin; chances are, Kayla goes to Brady’s Pub and Kate is her usual nosy self and asks too many questions, especially related to things that are absolutely none of her business, such as Kayla’s love life!

Of course since Stefano is now “Steveano” she may ask her questions about Steve, and Kayla won’t want to talk about Steve. Days of Our Lives viewers know that it is very strange that Kate would fall in love with Stefano in Steve’s body, not telling anyone about it and she’s been involved with him apparently for several months!

Now that Sonny Kiriakis (Freddie Smith) is in the process of divorce from Will Horton, (Chandler Massey) he allows himself to grow a little closer with Evan Frears (Brock Kelly) who is obviously interested in him. This is probably a little too fast although Sonny may consider it more of a closer friendship at this point, even after Evan had kissed him and he knows Evan wants more than friendship. Sonny probably just decides to let whatever may happen between the two of them, happen!

Days of Our Lives Spoilers: Kate Hiding Someone in Her Room – Is It Stefano DiMera? @celebratesoaps https://t.co/CbD27vdOnC

Victor Kiriakis (John Aniston) becomes suspicious of Ciara Brady (Victoria Konefal) and starts asking her about her visits to Statesville Prison. She has told her grandfather that she has broken off with Ben Weston (Robert Scott Wilson) and that she never wants anything to do with Ben again, but her cover story is obviously blown when she finds out her grandfather has been monitoring the visitor logs at the prison, which she probably didn’t think he would be able to. How will she explain this – perhaps tell him she’s been visiting Will Horton (Chandler Massey)? If so, how can she prove it? She knows her grandfather will want proof!