Days Of Our Lives Spoilers: Ben Asks Marlena To Hypnotize Him Again – Truth About Claire Will Come Out 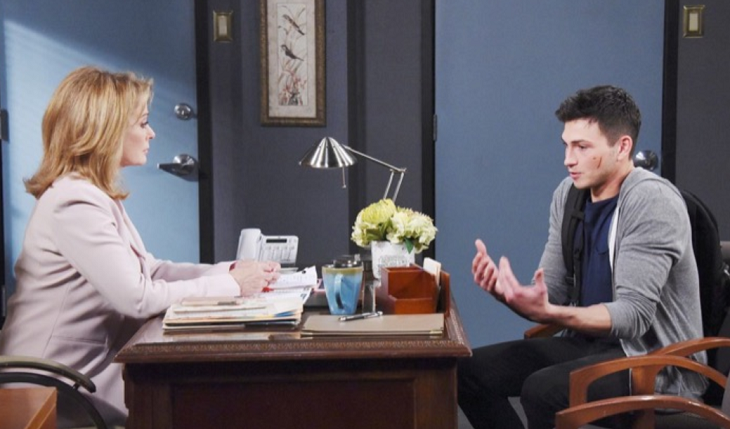 Days of Our Lives spoilers tease that Ben Weston (Robert Scott Wilson) will ask Dr. Marlena Evans (Deidre Hall) to hypnotize him again. He is hoping to recall more memories he may have suppressed or forgotten from the night of the cabin fire, when he saved Ciara Brady (Victoria Konefal).

Benhad gone to the drugstore to get his psych meds after Ciara convinced him he needed to take them, and had returned to find the cabin on fire with her in it! He was originally suspected of setting the fire by Ciara’s mother, then Police Commissioner Hope Brady (Kristian Alfonso), but then she decided he didn’t do it after all.

Now, that Hope has been fired, and Eve Donovan Deveraux (Kassie DePaiva) is the new police commissioner, she’s decided to frame Ben for the fire. She wants revenge for his murder of her daughter Paige Larson (True O’Brien) when he was not in his right mind.

Days Of Our Lives Spoilers – Eve Donovan Knows Who Did It

She knows that Claire Brady (Olivia Rose Keegan) did it. Claire had confessed to her and she’s keeping it covered up, as viewers will recall.

Days of Our Lives spoilers also tease that as Marlena hypnotizes Ben, he will recall more details; among them a cellphone ringtone. He won’t recognize whose it is right away, but it will turn out to be Claire’s.

Days of Our Lives viewers will recall from episodes in July of 2018 that the cabin fire happened just as Claire’s obsession with Tripp Dalton (Lucas Adams) began, but that he had told Claire he wanted to be with Ciara at the time.

Days Of Our Lives Spoilers – Will Ben Weston Remember More?

Later, Claire talked Ben into romancing Ciara so Tripp would be free to be with Claire, and he had agreed. Ben had gone off the rails and Ciara had convinced him to go to the drugstore in spite of it crawling with cops (Ciara had been declared missing).

When he came back someone had tied Ciara to the bedposts and it wasn’t him. Someone had turned on Ciara’s cell phone, which hadn’t been on, and that was how Hope and Rafe Hernandez (Galen Gering) found Ciara.

Days of Our Lives #DOOL Spoilers: Maggie Neglected By Victor – Kate Has Got To Go @celebratesoaps https://t.co/seMeCv2sec

Somehow Claire got to the cabin in between, and she received a call from someone when she was near the cabin. More details should come out once Ben starts remembering more; stay tuned to Days of Our Lives and keep checking Days of Our Lives spoilers frequently for all the latest news, updates, and developments!

Coronation Street Spoilers: Helen Flanagan Will Return – Rosie Back To The Cobbles Soon