Days Of Our Lives Spoilers: Ben And Ciara Investigate Who Set The Cabin Fire – Will They Bust Claire? 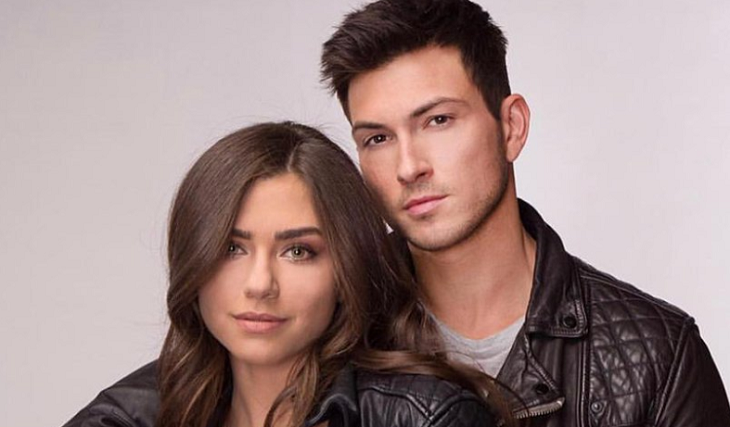 Days of Our Lives (DOOL) spoilers tease that Claire Brady (Olivia Rose Keegan) will be on the hot seat. She’s keeping a big secret, and it’s a secret that could potentially send her to prison for a very long time.

Last year, she set the first of two cabin fires that nearly killed Ciara Brady (Victoria Konefal). Claire was insanely jealous of Ciara and angry that Ciara won the “Face of Bella” contest, and so she set the cabin on fire with Ciara inside.

Claire has kept this awful secret for a long time, and for a while it seemed like no one would ever find out what she did. Ben Weston (Robert Scott Wilson) was initially blamed for setting the fire, then Jordan Ridgeway (Chrishell Hartley) was suspected of being the arsonist, but those leads turned out to be false.

It’s always bothered Ciara that Ben was accused of setting the fire, and according to Days of Our Lives spoilers, she’ll become interested again in finding out who really did set the fire. Ciara would like to clear Ben’s name, and she’d especially like to prove to her mom, Hope Hernandez (Kristian Alfonso), that Ben is innocent of the crime.

Days Of Our Lives Rumor: Are Rafe And Hope Headed For Divorce?

Days of Our Lives spoilers say that Ben and Ciara will soon team up and go on a quest to find out who set the cabin fire. That will likely lead them to talk with JJ Deveraux (Casey Moss), who became interested in the cabin fire mystery when he noticed a lighter among Claire’s things. Of course, that’s the very lighter that Claire found at the cabin and used to set the fire.

Ben and Ciara will probably be very interested to learn from JJ that Claire had possession of that lighter. Surely, Ben will be able to identify the lighter, and that may lead them directly to Claire as a suspect, especially if Ben can confirm that he never brought the lighter into the loft. DOOL viewers will remember that Claire previously claimed that she found the lighter and that Ben must have left it laying around.

Days Of Our Lives Spoilers – Claire Brady Will Unravel

One thing’s for sure, and that’s that Claire isn’t going to like Ben and Ciara snooping around and asking questions about the lighter and about her possible involvement in the fire. Days of Our Lives spoilers say that Claire’s insecurities will manifest themselves in unhealthy ways. So it seems that the closer Ben and Ciara get to the truth, the crazier Claire will become.

Of course, as Claire unravels, that could mean danger for someone who’s totally unrelated to the cabin fire drama but who could be on the receiving end of Claire’s wrath, and that’s Haley Chen (Thia Megia). At the same time, Claire will be dealing with nosey Ben and Ciara, she’ll be reeling from the fact that Tripp Dalton (Lucas Adams) married Haley.

Days Of Our Lives Rumor: Will Jack Give Eve The Boot When His Memory Returns? https://t.co/ZedgSdLck3 pic.twitter.com/cEY7729CuO

Who knows what Claire will be motivated to do to Haley when she gets stressed over Ben and Ciara getting closer to the truth. This is Claire that we’re talking about, so anything goes! Do you think that Ben and Ciara will bust Claire for setting the cabin fire before she harms someone else?

General Hospital Rumor: Willow Cooling Off With Chase, Slept With Chase To Get Pregnant?