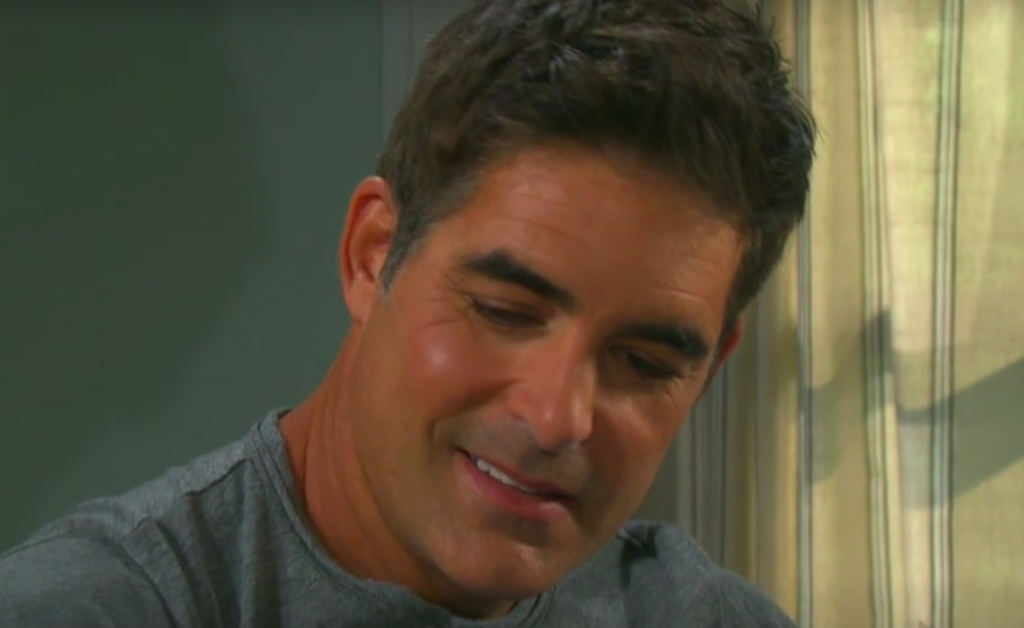 Days of Our Lives Brady Black (Eric Martsolf) thanks Eli Grant (Lamon Archey) for saving him and Chloe Lane (Nadia Bjorlin). Eli tells Brady he was doing his job and leaves. Chloe informs Brady that the kids are ok, they hug. Brady tells Chloe the nightmare is over, she tells him not because of you. Eli wants Chloe and Brady to leave so he can secure the scene.

Chloe tells Brady he needs to stop trying to control her. Chloe says Brady that Stefan Dimera (Brandon Barash) is a good guy and Brady needs to stop putting Stefan down. Brady accuses Chloe of forgetting who Stefan is. Brady claims to be there for Chloe now, Chloe says she knows what is best for her and the kids. Chloe would have been fine if Brady hadn’t interfered this morning. 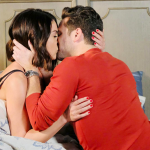 Chloe excuses herself to go back to the Dimera mansion. Brady wants Chloe to come home with him; she says no. Chloe is afraid that Victor will try to take her kids and Brady could not stop him. Chloe is sick of him telling her what to do. Chloe tells Brady he’s not doing what he did to Nicole to her.

Days Of Our Lives Spoilers: Stefan Dimera Calls For EMS

Days of Our Lives Stefan calls EMS and tells them Rafe Herandez (Galen Gering) was shot in his house. Stefan tells them Rafe has lost a lot of blood and demands someone come now. Gabi Hernandez (Camila Banus) blames herself for Rafe’s injury, Stefan tries to tell her she had no choice. Stefan tries to reassure Gabi that Rafe will be fine. Stefan drives Gabi to the hospital, and she updates him on Rafe.

Gabi tells Stefan Rafe is the only family she has. Stefan holds Chloe as she cries. Gabi checks with Kayla Johnson (Mary Beth Evans) about Rafe before going in to see him. Stefan offers to drive Gabi home to her daughter. Gabi rethinks her conversation with Brady before kissing him.

Days of Our Lives Ciara Brady (Victoria Konefal) tells the gunman that Victor Kiriakis (John Aniston) is her grandfather, he doesn’t care. Ben Weston (Robert Scott Wilson) comes into the square; he threatens to shoot them both if she screams. Ben yells to Ciara, but she can’t call to him. Ben tells Hope that Ciara has been taken hostage and Rafe has been shot.

Hope tells Ben there are roadblocks set up all over town. Kayla calls Hope and tells her about Rafe being admitted to the hospital. Hope tells Kayla she has to save Ciara and to tell Rafe she loves him. Ben shows Hope an earring that Ciara left behind. Ciara tells the gunman they can’t escape her mom or Ben. The man pulls a gun and threatens to kill Ciara.

Hope doesn’t want the baby because this has to work for both of them and she doesn’t want it. Kayla tells Hope she needs to talk to Rafe about this. Hope is furious that Stefan didn’t call the cops, Ben tells her he didn’t have time. Hope accuses Ben and Stefan of a coverup, he denies it.

Days of Our Lives Eli catches Ted Laurant (Gilles Marini) on the phone; Ted tells someone that Hope’s husband moved out, he hangs when Eli comes into the room. Ted says it looks more and more like he and Hope are going to end up together. Eli gets a call that Rafe Hernandez has been shot and transported to the hospital. Ted calls someone with an update saying he just talked to Chloe. Ted wants Eli to get this under control now. Eli gets called to the hospital.

Days of Our Lives Rafe tries to get out of bed and help save Ciara, Kayla won’t let him. Rafe tries to call Hope but gets voicemail. Rafe tells Hope he wishes he was with her looking for Ciara. Eli assures Rafe the whole department has Hope’s back. Eli tells Rafe that Ted didn’t want Hope to know who he was talking to but doesn’t know he overheard. Rafe threatens to kill Ted if he touches Hope.

As always, more detailed spoilers and a full collection of pictures for the week in question will appear here on Soap Opera Spy, when there could be more clues and hints over exactly what’s going on.
Days of Our Lives airs weekdays on the NBC network.