Days Of Our Lives Spoilers: 5 Key Weekly Takeaways August 5 to 9 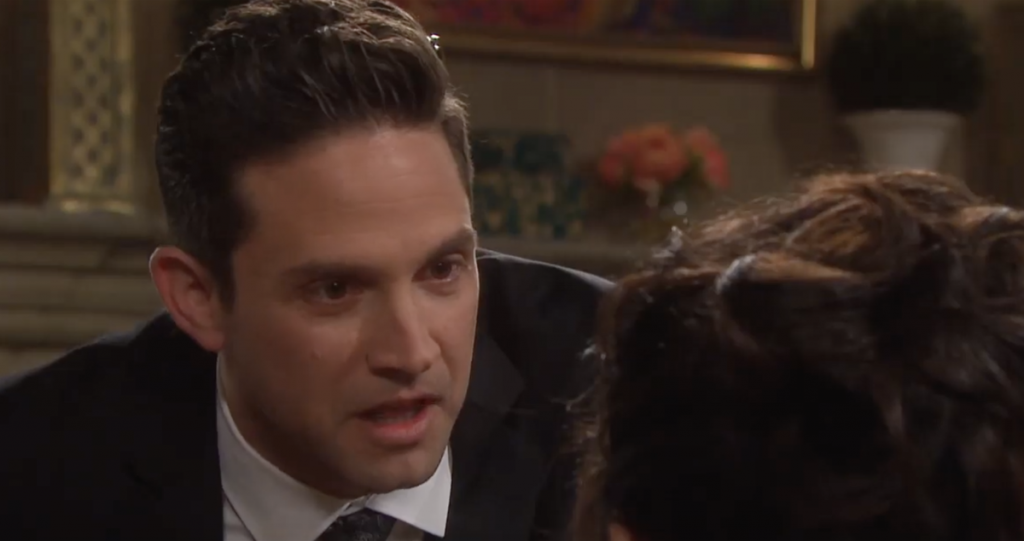 Ted Laurent (Gilles Marini) will leave Salem the hard way, being killed by Kristen DiMera (Stacy Haiduk) when he confronts Kristen and Tony DiMera (Thaao Penghlis)! The Days of Our Lives weekly promo shows Ted’s body being stuffed into a trunk, but promo stills show Stefan DiMera (Brandon Barash) bending over Ted’s body and a gun lying on the table. Someone (likely Kristen) then calls the Salem Police who arrive just as Stefan has picked up the gun and is examining it, so Stefan is arrested for Ted’s murder!

2) Gabi Hernandez Betrays Stefan DiMera But Then Regrets It

Obviously, this is not Stefan’s week when his new bride Gabi Hernandez DiMera (Camilla Banus) betrays him after kicking him out of the DiMera mansion and DiMera enterprises after telling him first she wanted to do that so later she could put the power and the company back into her hands, therefore convincing Mr. Wei Shin (Michael Hagiwara) that she could run DiMera and he agreed.

That happened in Friday, August 2nd’s episode. However, later she is torn between her love for Stefan and her hate for Stefan, and regrets betraying him, especially after he is arrested for the murder of Ted Laurent!

Brady Black (Eric Martsolf), in spite of having been Tony DiMera (Thaao Penghlis) and “Nicole Walker’s” (Adrienne Zucker) wedding witness, gives into “Nicole’s” seductions and finally sleeps with her this week on Days of Our Lives! Later, Kristen debates revealing her true identity to Brady. Before this happens, Tony does warn Brady to be cautious with his relationship with “Nicole” and it sends up red flags for Brady; “Nicole” walks in on Tony and Brady’s conversation and asks Tony for privacy with Brady. She explains that the marriage is fake and only the means to an end, and that is to get control of DiMera Enterprises and take it away from Gabi!

4) Eric Brady And Sarah Horton Commit To Each Other

After the enormous faux pas Sarah Horton Brady (Linsey Godfrey) made by calling Rex Brady (Kyle Lowder) “Eric” while in bed, Eric Brady (Greg Vaughan) and Sarah commit to each other, but not before Rex makes a fool of himself by slugging Eric in his apartment, getting drunk with Xander Kiriakis (Paul Telfer), the most unlikely of drinking buddies, and crying on his shoulder that his wife is in love with his brother! Sarah talks things over with her mother, Maggie Kiriakis (Suzanne Rogers) then seeks out Eric to admit her feelings for him and to tell him that she and Rex are over. Finally she gets through to him, the two consummate their relationship and commit to each other.

After confronting Eric, and both Eric and Sarah, getting drunk with and crying on the shoulder of Xander, Rex goes to Salem Community Hospital and quits his job. He knows his marriage to Sarah was over before it really even began, and he leaves Salem, but not before taking a dig at Sarah and telling her that there is a part of her that will never really feel safe with Eric because she will never be Nicole! This of course will disturb Sarah, knowing that it’s true! Rex then leaves town.