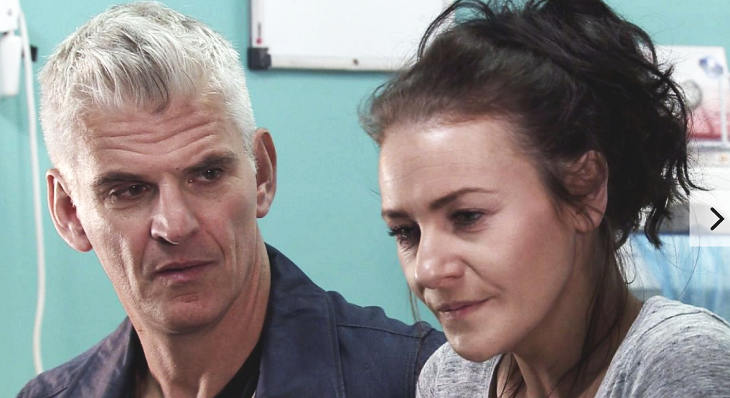 It appears as though things are going to end pretty dramatically for Robert Preston (Tristan Gemmill) and Vicky Jeffries (Kerri Quinn) and their pregnancy.

Even though Robert has been working rather hard to hide the double life that he has been leading between Vicky and Michelle Connor (Kym Marsh) it looks as though both he and Vicky are headed towards heartache. Here’s what you need to know.

Even though Robert is a two-timing, manipulative and rather selfish man, he is a man that has feelings, too. Although he was doing both Vicky and Michelle wrong by dating the two of them at the same time, he did end up developing feelings for both women.

Coronation Street Spoilers – Fans In For A Surprise In The Storyline

And of course he has deep feelings for the baby that is on the way. However, it looks like there is going to be a dramatic end to Vicky and Robert’s baby story and it’s one that no one saw coming, either.

Kerri Quinn, who plays Vicky on the hit ITV soap, hints that the Coronation Street writers are cooking up some good drama behind the scenes. And while she didn’t offer many details of what fans can expect, she did tease that fans are going to be in for a surprise.

“Maybe she could go off with Robert and forgive him and live happily ever after, but that would be me gone,” Quinn told Digital Spy. “Being from Belfast, these opportunities don’t really fall on your lap, so I would just have to embrace the exposure of the storyline and go, ‘Cheers, thank you so much’, and hopefully it’ll open up other doors.”

Coronation Street Spoilers – Will She Decide To Stick With Robert Preston?

“They’re toying with so many things. I think at this moment in time, I’m going at the end of the storyline, and whatever happens beyond that will be a bonus.”

With that said, we are hoping that Vicky will get the love and respect that she deserves, whether it’s from Robert or another man she ends up falling in love with. What do you think? Fans will have to continue tuning in to find out what will happen next!