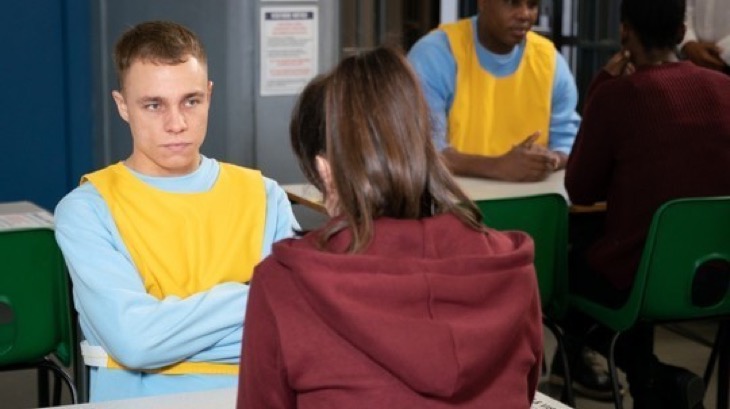 Coronation Street spoilers indicate that things are about to shake up in Weatherfield once again. As a matter of fact, Clayton Hibbs (Callum Harrison) will soon return and yes, he will be delivering some major drama. Here’s what you need to know.

Coronation Street viewers can expect to see Clayton Hibbs return in episodes as early as next week. Shona Ramsey (Julia Goulding) will pay a visit to her son, who is currently behind bars. He will receive some shocking news about his father Dane.

It’s without a doubt that Clayton’s return will send shockwaves for a lot of people involved. It will also cause new tensions for Shona and David in their relationship. Clayton is in jail for the murder of David’s wife Kylie. Clearly, he hasn’t changed his ways at all when he tries to involve his mother in his criminal activity.

PREVIEW PICS: Shona faces a dilemma over Clayton, Gemma and Paul get themselves into a tricky situation, and who are the new owners of the Kabin?

A new spoiler on Coronation Street’s official site has this to say, “Shona visits Clayton in prison to tell him his dad has died from an overdose. But when she realizes he already knew and he says he is being bullied, will Shona help him be moved to an open prison? Later, Nick Tilsley (Ben Price) is furious with Shona and tells her that she has no regard for David Platt’s (Jack P. Shepherd) feelings. Will she stand for his accusations?”

What’s more, Coronation Street producer Ian MacLeod says that Clayton’s return will lead to some trouble for Shona. He said: “We’ve got a story where Clayton will rear his ugly, criminal head. He throws a massive spanner in the works for David and he tries to embroil Shona in a plot to smuggle drugs into prison. It becomes a story about Shona and her son and throws into question David and Shona’s relationship. Clayton has been locked up and it provides the biggest challenge to David and Shona’s relationship since the Josh story.” 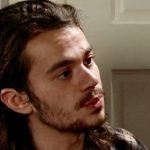 In the meantime, don’t forget that Coronation Street airs weeknights on the ITV network and is available on Britbox in the U.S. Let us know your thoughts by leaving us a line with your comments below. And as always, come back to Soap Opera Spy for all the latest news, updates and spoilers on Coronation Street and all of your favorite daytime television shows right here!

General Hospital Spoilers: The Walls Are Closing In On Ryan, Tries To Frame Franco