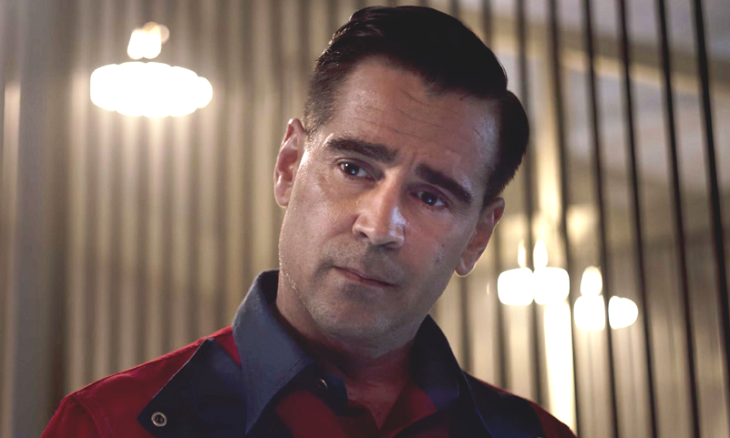 Colin Farrell is giving fans a sneak peek of his upcoming Disney live action movie, Dumbo. The actor stars as Holt in the much-anticipated film and according to the actor, there will be plenty of laughs, tears, and enough twists and turns that will keep fans on the edge of their seats.

Directed by Tim Burton, Dumbo tells the story of a newborn elephant with a sweet disposition and over-sized ears. He’s the newest addition to Max Medici’s run-down circus. Dumbo has a hard time getting used to his new environment, especially after his mother is taken away from him.

And while Colin is well-versed in the Disney classics, the actor admits that he never saw the original Dumbo movie, which was made back in 1941.

“No, I had grown up on various titles from the Disney canon: Lady and the Tramp, 101 Dalmatians. The Jungle Book was a big one for me when I was a kid,” the Irish-born actor told Uproxx in an interview. But, for some reason, I think this one, I don’t know if my parents were even aware of it.”

Check Out: 10 Reasons You Need to Take Your Children to the Live-Action Dumbo Movie

Still, Farrell says that this film is a very earnest and sweet movie that will move fans. He also says it’s a story about broken families that director Tim Burton wanted to tell in a very simple, yet captivating way.

“The children are contending with the loss of their mother still, who died while my character was away fighting in the first World War. Dumbo and his mother are separated. They experience a forced separation. So there are things that are very complicated, but Tim wanted to deal with them in a very sincere, very very simple way,” Farrell explained.

Deep Empathy At The Core Of The Latest Disney Movie

“Look, there’s cruelty in this film. There’s avarice. There is sadness and pain and Dumbo’s the quintessential outsider. But, at its core, is this kind of kindness and deep, deep empathy which is the thing that I truly loved about the tale, you know?”

Dumbo hits theaters nationwide on March 29. Tell us, are you looking forward to seeing the movie? Let us know in our comments section below!