Bold and The Beautiful Spoilers: Sally Gets A Surprise, Will Wyatt Propose? 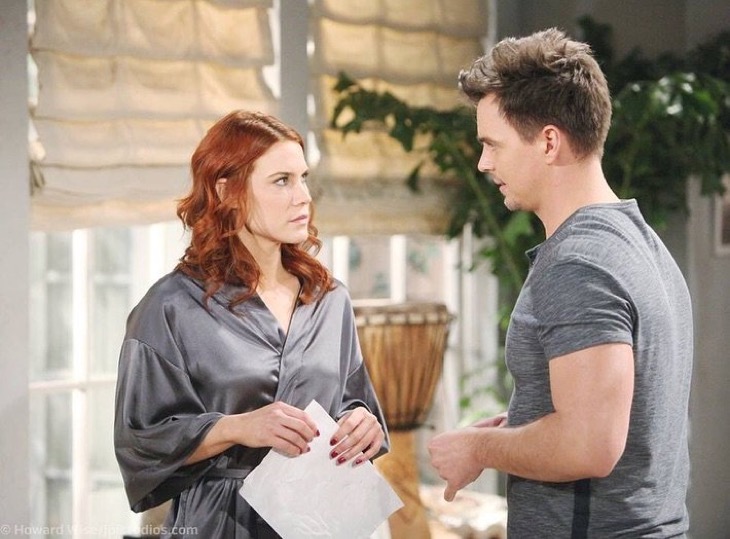 “Bold and the Beautiful” (B&B) spoilers for the week of February 18 tease that Sally Spectra (Courtney Hope) will get a surprise. She will have a heart-to-heart talk with Wyatt Fuller (Darin Brooks) and it will lead to a huge surprise for Sally. Here’s everything we know about this B&B storyline.

Wyatt Has A Chat With Sally

Wyatt sits down and he lets Sally know how he feels about her. They haven’t been shy about exchanging feelings and this time will be no different. He will let her know she is special to him and he isn’t sure he wants to know what it is ever like to live without her. It sounds like he wants to pop the question but isn’t sure if Sally is ready to take the marriage leap.

Sally will let him know she loves him, and she enjoys what they have. She isn’t sure if she wants things to change just yet. It almost sounds like she doesn’t want to marry him, but it will later come out that isn’t it. She just doesn’t want to get hurt again. Thomas Forrester (Matthew Atkinson) really hurt her when he left for New York.

Was wondering if B&B had the “D” in the corner because Wyatt was going to slip Sally the D later on and they were warning us. Lol. #Wally #BoldandBeautiful pic.twitter.com/vikWukbXHR

Wyatt will surprise Sally with a gift. It really sounds like he will propose to her, but the spoilers aren’t clear. Other sites are reporting that she will discover that she’s pregnant, but that is unlikely. Thomas is returning soon, and he will probably want to come back to his relationship with Sally.

Do you think Wyatt is planning on asking Sally to marry him? Do you want Sally with Thomas or Wyatt? Don’t forget to come back later for more The Bold and the Beautiful (B&B) spoilers, news, and casting updates!

Days of Our Lives Spoilers: Alison Sweeney Talks About Sami’s Kids Being SORAS’d

General Hospital Spoilers: Laura Puts Herself In Danger, Digs Into Past For Proof Of Ryan’s Death?