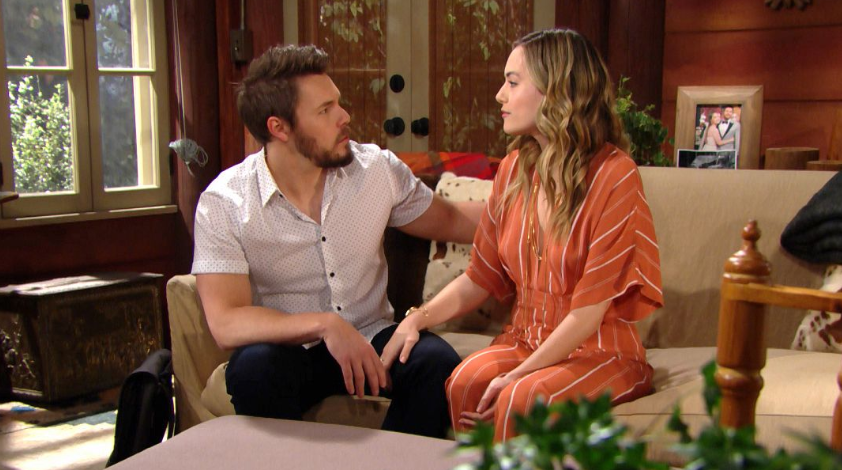 “The Bold and the Beautiful” (BB) recap for Wednesday, April 17, 2019 reveals that over at Forrester Creations, Brooke Logan Forrester (Katherine Kelly Lang) thanks everyone for coming and says the most amazing thing has happened. Pam Douglas (Alley Mills) and Charlie Webber (Dick Christie) think she’s referring to the racy new ingredients in the lemon bars, but Brooke announces she has a new niece – it’s Storm Logan’s (William DeVry) daughter.

Eric Forrester (John McCook) marvels that Storm’s legacy will live on, but Charlie is suspicious. Quinn Forrester (Rena Sofer) interjects that the girl’s not asking for anything. Ridge Forrester (Thorsten Kaye) wonders if he knows her. Brooke relays she’s already connected to the family – they just didn’t know how connected.

Ridge learns no one has updated Steffy Forrester (Jacqueline MacInnes Wood) or Taylor Hayes (Hunter Tylo) and wants to keep it that way for now. Later, Brooke tells Ridge that she feels she has her brother back. It’s incredible Flo Fulton (Katrina Bowden) found her way to them. Ridge says the Logan women are fierce and they make out. 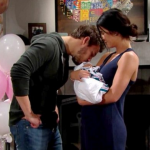 Bold And The Beautiful Spoilers: Will Baby Switch Reveal Lead To A Steam Reunion?

In the cabin, B&B’s Hope Logan Spencer (Annika Noelle) tells Liam Spencer (Scott Clifton) that Flo Fulton is her cousin. Liam gets the details and asks if she’s sure the results are accurate. Hope confirms it is and enthuses that they have the same blood running in their veins. They discuss Storm Logan and Liam says if he really was Phoebe’s grandfather, they’ll have questions about him – his health and whether he had a will.

Hope explains Storm didn’t know about Flo. She wonders if Liam will tell Steffy. He thinks it might be weird for her, being so far away. Hope misses them and can’t get over that Phoebe was brought into the world by a Logan. When Hope makes a joke, Liam says he missed that; it’s an exciting time. He misses the girls too but wants to focus on Hope’s healing – he’s not going anywhere and wants them to move forward together. They kiss, but Hope pulls back when it intensifies.

At Flo Fulton’s apartment, B&B’s Shauna Fulton (Denise Richards) is horrified by her daughter’s confession and exclaims that she stole Hope Logan Spencer’s baby. Flo cries that she didn’t know what to do. They embrace. Shauna repeats that Flo’s cousin thinks her baby is dead. Flo’s guilt grows every day.

Shauna can’t understand how she got involved with this mess. Flo explains that Reese Buckingham (Wayne Brady) was Hope’s doctor that night and he switched out a stillborn baby for Beth. She didn’t think she’d ever meet the real birth mother, let alone be a part of her family.

Flo warns that Reese’s daughter Zoe Buckingham (Kiara Barnes) also knows the truth but doesn’t want her father to go to jail. She elaborates that the baby was adopted by Eric Forrester’s granddaughter, Steffy Forrester . Flo can’t let it go on any longer – she has to tell Hope the truth. She can’t be a part of the family unless she does the right thing.

Shauna worries she could go to prison but agrees she can’t go on like this. Flo imagines telling Hope, who will feel pure joy, and says, “I won’t have my life back, whatever that turns out to be, until she has Beth back.” And that’s a wrap. Don’t forget to check often with Soap Opera Spy for all your soap needs!