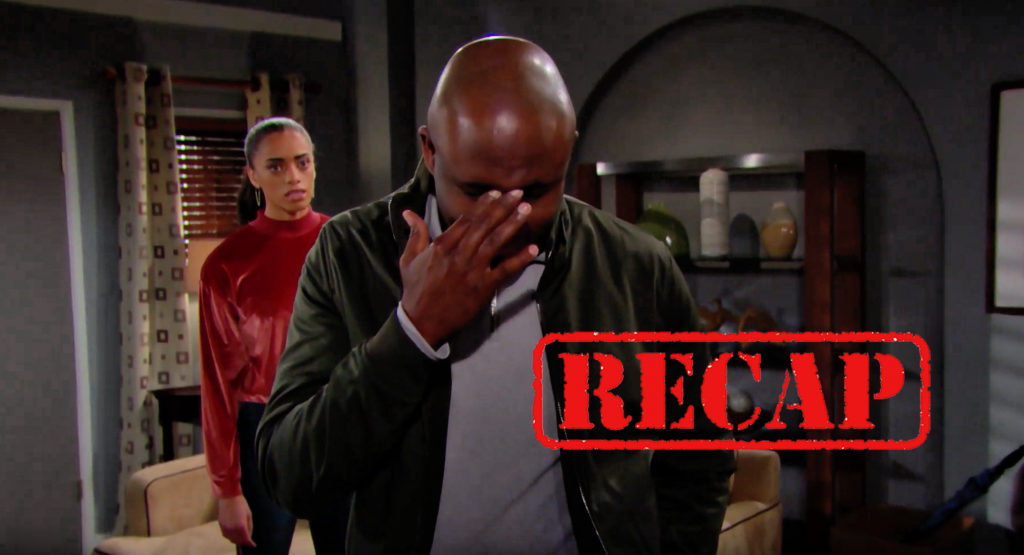 “Bold and the Beautiful” (BB) recap for Friday, February 15, 2019, reveals that over at Steffy Forrester Spencer’s (Jacqueline Wood) place, Hope Logan Spencer (Annika Noelle) arrives offering to help and says she can fold onesies and towels.

Steffy wonders if Liam Spencer (Scott Clifton) told her she needed help. Hope just figured she’d need a hand with the babies, and asks if they’re awake. Steffy says they’re asleep. She thought Hope might keep her distance due to her issues with Taylor Hayes (Hunter Tylo). Hope’s beyond that…it was before she lost her baby. Steffy knows this must be hard on her, and Phoebe must make her think of Beth. Hope insists it’s not in a bad way. Soon, Phoebe awakens. Hope beams and offers to hold her. Steffy watches as she gives Phoebe her bottle.

At Dr. Reese Buckingham’s (Wayne Brady) place, Zoe Buckingham (Kiara Barnes) and Florence (Katrina Bowden) wait for the doctor who has just got into LAX. Zoe questions Florence more about the second mother. Reese arrives and Zoe immediately references the child that was stolen from her mother. She accuses him of selling a baby to pay off a gambling debt. Reese laments it was the terrible price of keeping her safe.

Today on #BoldandBeautiful, Hope surprises Steffy by coming over to help with Kelly and Phoebe. pic.twitter.com/Tg3WcYfVbR

Zoe sniffs if she was in danger, it was because of him. Florence urges Zoe to listen to Reese – he would do anything for her. Florence tells Reese she’s sorry she took part in his scheme, then leaves. Zoe lays into her father for not stopping gambling. She knows Hope Logan Spencer is the baby’s mother and demands he explains how he did it. Reese tells her everything that happened on Catalina. Zoe hollers that Hope’s been a shell of herself and she sees herself as a mother who let her child die. She insists Hope has to be told Phoebe’s her child and if he won’t do it, she will.

At Forrester Creations, Wyatt Spencer (Darin Brooks) and Katie Logan Forrester (Heather Tom) talk business. In the course of the conversation, she divulges that Thorne Forrester (Ingo Rademacher) won’t be in today – he left. Wyatt’s stunned to hear they’ve ended their marriage. She explains Thorne was taking the role of being a father and the spot was filled. Wyatt could see they had different agendas from the beginning and Thorne wanted Bill Spencer (Don Diamont) gone completely. Katie gets a text and learns Thorne filed the annulment papers. Wyatt fishes to find out how she feels about Bill – the last time he was her ex-husband, she married him again. Katie muses about her surprise when Bill actually grew up and began being a father to Will.

Bill uses Justin as a sounding board as he strategizes how to get his family back. WATCH FULL EPISODE: https://t.co/onZ8O2P8iw #BoldandBeautiful pic.twitter.com/D29Ouzykp9

B&B Is Being A Dad To Will

At Spencer Publications, Justin Barber (Aaron D. Spears) jokes with Bill Spencer, who is practicing magic to impress Will. Bill gets serious and wants to come up with a way to have his son back in his life. Bill complains about Wyatt Spencer and Liam Spencer working at the dress farm. Justin advises him not to offer them their jobs back out-of-the-blue, and notes he has a chance to create a lifetime bond with his other son, Will. They discuss Katie Logan Forrester’s forgiving nature.