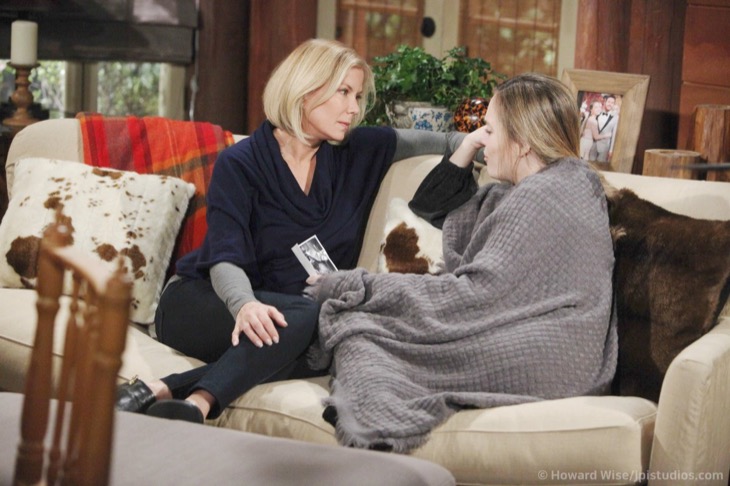 Ever since Hope (Annika Noelle) lost her baby, speculation is that Beth is alive. The reason fans believe the baby isn’t dead is due to Steffy (Jacqueline MacInnes Wood) desire to adopt a baby girl. Add in the fact that Reese (Wayne Brady), the doctor who declared Beth dead is the same person helping with Steffy’s adoption, and all signs are pointing to a baby switch. Or are they?

Based on recent events, it seems obvious that there was a baby switch and that Beth is the baby Steffy’s going to adopt. However, B&B likes to do swerves when it comes to storylines, so there’s a possibility that Beth isn’t the baby. So if Beth isn’t Flo’s baby, then what happened to the little girl?

The other possibility about Beth’s fate is one that Lope fans don’t want to face. It’s that Beth is really dead. It’s tough on Hope losing another baby and she’s struggling with her grief over Beth. But viewers will remember that early in the pregnancy, Hope had complications, then during the later stages of the pregnancy, she was under a lot of stress, which could’ve contributed to Beth’s death.

Right now, viewers will just have to stay tuned to see which route the writers decide to go with the storyline. Many fans are upset with the possibility of a baby switch storyline. Not only is it heartbreaking for Hope and Liam (Scott Clifton), who believe their daughter is dead, but it’s also going to be heartwrenching for Steffy who’ll bond with the baby, but will have to give her back once it’s revealed she’s Beth.