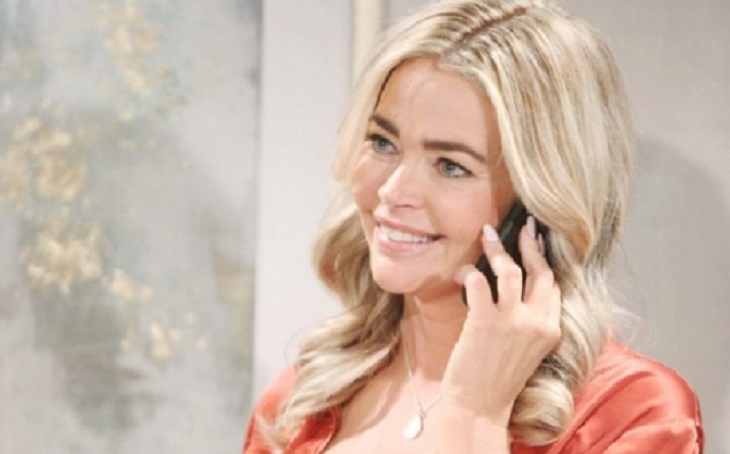 The Bold and the Beautiful star Denise Richards (Shauna Fulton) says that after several fans pointed out that her thyroid looked enlarged during a recent television appearance, she decided to do something about it. Here’s what she has to say.

The Bold and the Beautiful Spoilers – Richards’ Enlarged Thyroid

Sharing a photo of herself from the Real Housewives of Beverly Hills reunion on Bravo, Denise began her post by saying, “It’s amazing to me in a short time eliminating gluten from my diet how much my thyroid has changed.

A few of you pointed out after the #RHOBH reunion that my thyroid was enlarged. You were right, it was something I ignored until pointed out. I had no idea how much our diet really can affect our body and for me how toxic gluten really is … I thank all of you who sent me messages. #selfcare.” 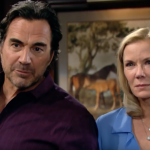 And while a lot of her fans are also encouraging to see a doctor for the right kind of care that she needs, others are also sharing their own experiences. The Young and the Restless actress Kelly Kruger also admitted that going gluten-free was the best decision that she could make. She says that she not only has more energy but that it helped clear up her skin, too.

B&B Spoilers – All About Self Care

Other fans wrote comments such as, “What does the diet consist of? I’ve been battling with my thyroid for years and I don’t believe the medicine works so I’m trying to find different alternatives so I can just get it under control! Lol please help!” along with, “Verified Denise, I have hoshimotos it’s a beast but gluten-free, only organic foods and intermittent fasting helps so much.”

So far Denise hasn’t specified if her diet is the only lifestyle change that she’s made of if her doctor put her on any medication. However, she does admit that she is feeling much better than before.

Now, as far as her role on The Bold and the Beautiful is concerned, we have a feeling that we will be seeing much more of Denise in the coming weeks. That’s because the fallout from the Baby Beth secret and of course Flo Fulton’s (Katrina Bowden) involvement will continue. Fans will simply have to tune in to find out what will happen next!