Bold And The Beautiful Comings And Goings: Denise Richards Joins The Cast, The Evil Doc Is Out 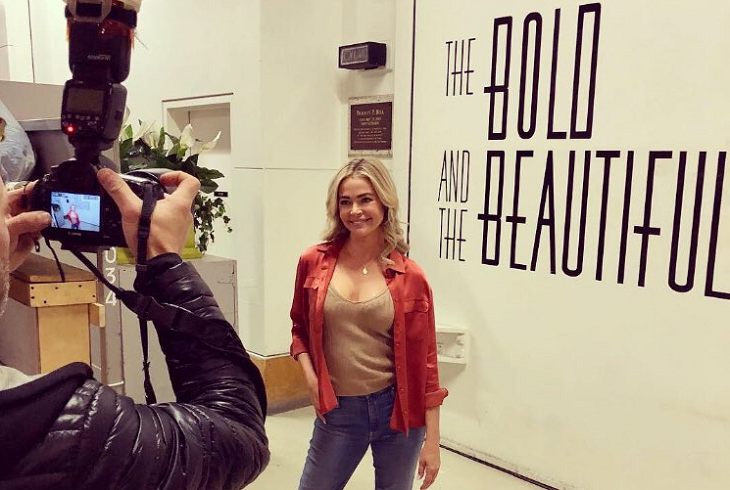 The Bold and the Beautiful comings and goings tease that we’ve got some huge casting news. A new face is joining the show, and some familiar faces are coming back. Here’s what you need to know.

First up, reports indicate that Hollywood actress Denise Richards has joined the Bold and the Beautiful and is on contract. The actress, who also stars on the Real Housewives of Beverly Hills, will be playing a character by the name of Shauna Fulton. She’s a single mother from Las Vegas and is coming to town to defend her daughter, Flo Fulton (Katrina Bowden), after some serious allegations were made against her.

Bold And The Beautiful – Dr. Buckingham Has Left The Building

Unfortunately, it looks like Flo will have to be fending off her critics herself because Dr. Reese Buckingham (Wayne Brady) is leaving town.  Brady has just wrapped up his role with the soap, although reports indicate that he might return in the future.

Also, Celebrity Big Brother winner Tamar Braxton will be making her debut on The Bold and the Beautiful on March 28. Fans can expect to see her share scenes with Bill (Don Diamont) and Katie (Heather Tom) during a romantic date.

Canadian television personality Liz Trinnier will also be stopping by as a character by the name of Jenny. She will be sharing her scenes with Zoe (Kiara Barnes) and Xander (Alexander Avant) at the Forrester office.

Last but not least, Keith Carlos will be swinging by as a bartender at the Bikini Bar on Thursday, February 28. Of course, fans will have to tune in for all of the twists, turns and drama ahead! The Bold and the Beautiful airs weekdays on the CBS network. Check your local listings for times.

In the meantime, let us know what you think in our comments section below. And as always, come back to Hollywood Hiccups for all the latest news, updates and spoilers on The Bold and the Beautiful and all of your favorite daytime television shows right here!

Bold And The Beautiful Rumor: Taylor Figures Out Baby Swap And Helps Cover It Up https://t.co/rKOLBftCOK pic.twitter.com/2TPeD0lMoK

Young And The Restless News: Mark Taylor Talks About His Guest Stint On The Soap