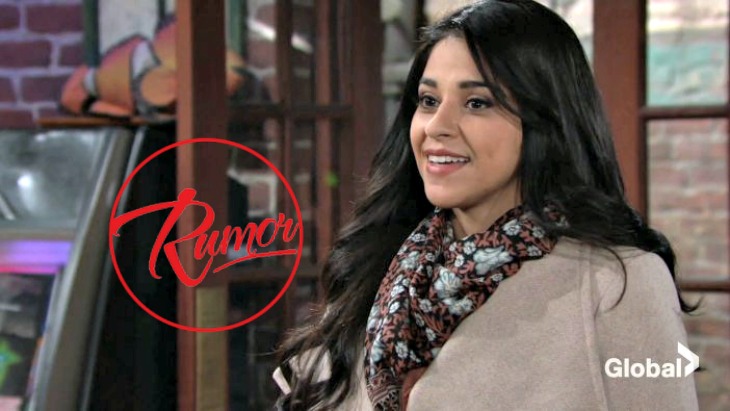 Mia (Noemi Gonzalez) projects a personality that’s similar to Hilary’s (Mishael Morgan) on ‘The Young and the Restless’. So why not take the next step and have Mrs. Rosales join Mariah (Camryn Grimes) as a GC Buzz host?

Y&R Spoilers – Mia Would Be Great On GC Buzz

The fan gush Mariah received in the atrium-like area at Crimson Lights felt purposeful. As hardcore fans know, that location is adjacent to the seemingly invented entrance to the stairs where Mia and Rey (Jordi Vilasuso) ascend to their second-floor apartment. As Mariah may soon realize, Mia could make a great on-air partner.

This tease makes sense. Y&R would want to further its plot device that has a locally based website serving as a source of news and rumors. GC Buzz represents the old school supermarket tabloid in modern digital form. Hilary was the perfect personality to lead that entity. Mia clearly appears to possess the type of dynamic personality that would work as Mrs. Hamilton’s permanent replacement.

Mariah telling Sharon that she went home to Tessa and it was so awkward. Sometimes Tessa might give her a look that turns Mariah's heart into confetti (or something like that).
Mia walks in to talk about Sharon's gift card. Oh here we go. #YR pic.twitter.com/Itfdy3tVhY

The Rosales’ family actually began to emerge as a prominent Genoa City group earlier this year when Jason Canela debuted as Arturo. It’s worth reflection to consider that Rey, Lola (Sasha Calle), and now, Mia, have followed Arturo’s introduction within a matter of months.

It’s very significant that an extension of Arturo’s backstory, Rey, would then have a wife added. Gonzalez’ electric presence, jumping through the screen in each scene she appears in easy projects to plenty of ongoing drama. Why not fit that potential into Y&R’s show within a show?

Morgan’s voluntary departure was a blow, as this particular actor truly had no comparable talent, despite this soap’s deep cast. Hilary, herself, won’t be replaced. But the creation and write-in of Mia offers an opportunity to follow who Hilary was. 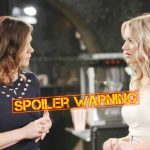 General Hospital Spoilers: Will Drew and Kim Give Romance Another Try?