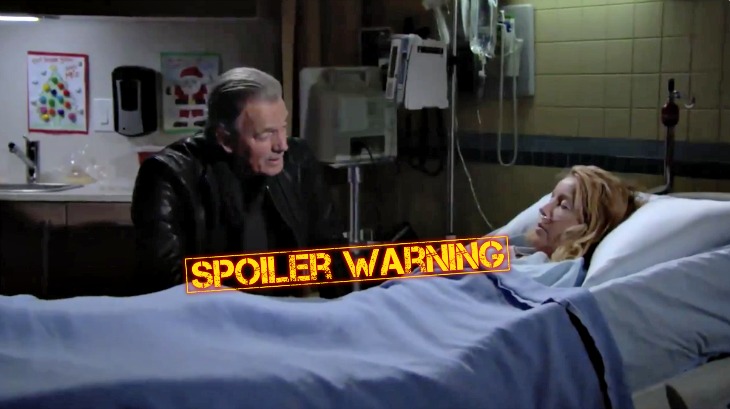 “Young and the Restless” spoilers for Wednesday, December 26, tease that more Christmas cheer is on the way. At GC Buzz, the holiday fun continues in Genoa City. Mariah Copeland (Camryn Grimes) hosts a special episode that features messages and memories from viewers. She ultimately shows off the snow globe she got for Christmas last year, which Cassie Newman (Camryn Grimes) loved.

After Mariah talks about how much that gift meant to her, she encourages the audience to reach out to others. Spreading love is what’s truly important. At Devon Hamilton’s (Bryton James) place, he’s having a rough time without Hilary Hamilton (Mishael Morgan). Nate Hastings (Brooks Darnell) and Ana Hamilton (Loren Lott) try to distract Devon a bit, but he assures them it’s not going to work.

However, Devon expresses his gratitude for their support. He’s happy to have his holiday crew as they discuss family, recipes and lost loves. Over at Victoria Newman’s (Amelia Heinle) house, she happily dotes on the kids with Billy Abbott (Jason Thompson). He ends up reflecting on Delia Abbott’s (Sophia Pollono) passing and suggests he was a little naughty this year.

Victoria thinks Billy’s safely on the nice list since he’s been so good to her lately. His support means a lot, so no coal is necessary. At the Abbott mansion, Dina Mergeron (Marla Adams) can’t remember much. She doesn’t realize Jack Abbott (Peter Bergman) is her son, but he wants to spend time together anyway.

Jack recalls last Christmas and Dina eventually digs deep for another memory. They enjoy a warm embrace before Jack kisses Dina goodnight later. At the hospital, Nikki Newman’s (Melody Thomas Scott) condition remains grim. Fortunately, Victor Newman (Eric Braeden) is determined to save his wife. He has flashbacks of their first Christmas together as he insists she taught him how to love.

Look out Genoa City, Victor Newman is home for the holidays! 👏 #YR pic.twitter.com/sgraumIWBa

Victor can’t bear the thought of living without Nikki, so he pushes her to come back to him. He climbs in bed with her as he awaits an improvement. “The Young and the Restless” spoilers say Nikki will indeed survive, but chaos will erupt when she disappears later this week. We’ll give you updates as other Y&R news and rumors emerge. Stay tuned to see what’s next in Genoa City.

Young and the Restless Weekly Spoilers December 24 to 28: Lola Breaks Up With Kyle – Nikki Takes Turn For The Worst – Victoria and Billy Moment