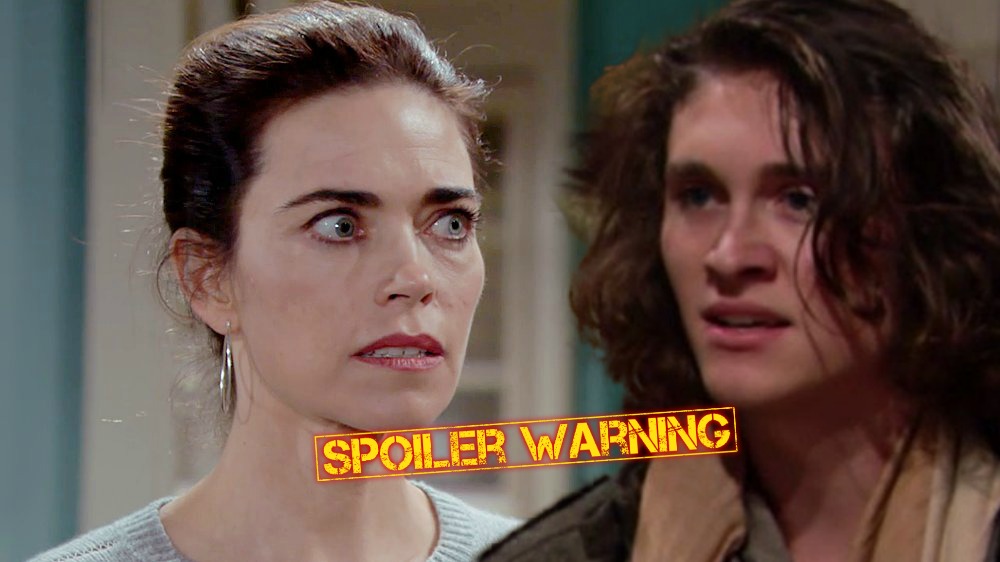 “Young and the Restless” spoilers for Wednesday, December 12, tease that Lola (Sasha Calle) will have an idea. At Crimson Lights, Lola mentions her broken food truck to Sharon (Sharon Case) and pitches a plan to raise money for repairs. She’d like to do a popup at the coffeehouse and include Crimson Lights in her marketing. Sharon approves, so Lola intends to get this up and running ASAP.

Once Abby hears the details, she’s impressed by the deal. Abby agrees with Sharon’s suggestion that Lola will have her own restaurant soon. Over with Cane (Daniel Goddard), he meets with Devon (Bryton James) to apologize for the recent tension. Devon mentions that he’s been sleeping a bit better and intends to keep himself busy with Hamilton-Winters. He wants to throw support behind his artists.

Young and The Restless Spoilers – Abby Pitches An Idea To Devon

Later, Devon’s meeting with Abby hits a snag. She wants to open a trendy restaurant in her new building with Lola as the chef, but Devon isn’t sold yet. He thinks they need someone well-known doing the cooking. Meanwhile, Lauren (Tracey E. Bregman) lets Fen (Zach Tinker) know that his parents’ support only goes so far. Fen needs to earn an income as he pursues his musical dreams.

Abby tracks Lola down later and wants her to cater a private dinner for Devon. Lola’s thrilled at the chance and gives Fen a gig as a server. Kyle learns Lola will have to cancel their date night, but he kisses her in front of Fen to rub in their romance.

At Jabot, Jack (Peter Bergman) gets irritated with Kerry (Alice Hunter) for standing him up. He ends up confronting her and wondering what kind of game she’s playing. Kerry blames work for distracting her and hopes they can try again, but Jack leaves in a huff.

At Victoria’s (Amelia Heinle) place, she gets a warning about Reed (Tristan Lake Leabu). Billy (Jason Thompson) feels like the teen’s rage is taking over. He’s concerned about Reed’s revenge mission and notes that he’ll inevitably find out Victor (Eric Braeden) is the prime suspect. Victoria freaks out a bit and makes Billy promise to keep his mouth shut.

Reed visits Mattie (Lexie Stevenson) and fills her in on his J.T. (Thad Luckinbill) woes. She’s sympathetic, but Charlie (Noah Alexander Gerry) and Cane clearly don’t want Reed around. After Reed’s rushed along, Cane bickers with Mattie about having him over there. Mattie rants that Lily (Christel Khalil) would’ve understood the situation.

Young and The Restless Spoilers – Reed Furious At Victoria

Reed comes home and hides out of sight while Victoria discusses prime-suspect Victor with Billy. Once Billy takes off, Reed reveals himself and chews his mom out for keeping him in the dark on J.T.’s killer. “The Young and the Restless” spoilers say more bombshells are ahead, so we’ll give you updates other Y&R news and rumors emerge. Stay tuned to see what’s next on the CBS soap.

Young and the Restless Spoilers: Reed Makes An Explosive Return This Week, Determined To Find Truth About JT’s Murder

Bold and the Beautiful Spoilers & Recap Tuesday, December 11: Steffy Wants Liam To Convince Hope and Brooke To Back Off