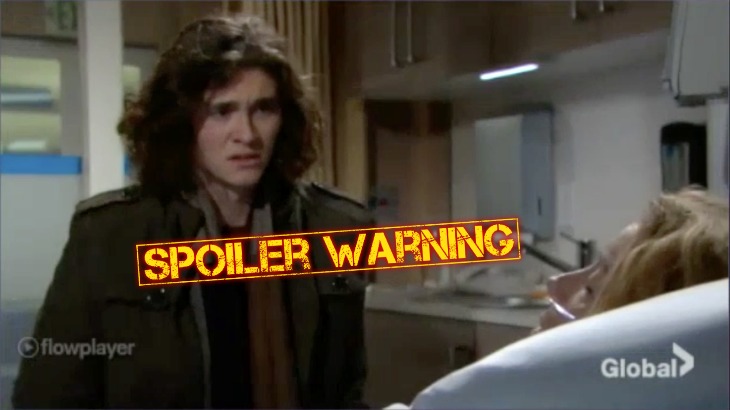 “Young and the Restless” spoilers for Friday, December 21, tease that Nick (Joshua Morrow) will get another round of bad news. At the hospital, Nate (Brooks Darnell) admits things aren’t looking good for Nikki (Melody Thomas Scott). She still isn’t awake and her prognosis grows increasingly grim as more time passes.

At Victoria’s (Amelia Heinle) house, she’s upset that she didn’t pick up on Nikki’s drinking. Reed (Tristan Lake Leabu) suggests Victoria’s not to blame for any of this. Once Nick gets in touch, they decide to go visit Nikki. Sharon (Sharon Case) has the same idea, so she arrives and wonders how Nick’s holding up. He feels powerless and gives Sharon a hug as Phyllis (Gina Tognoni) stares.

Afterward, Nick lets Reed know that the driver is still out there. Victoria ends up getting emotional at Nikki’s bedside. She hates that she allowed Nikki to juggle so many family issues. Reed wants to be alone with his grandma for a moment, so Victoria leaves. That gives Reed a chance to confess his role in the accident and tell an unconscious Nikki he’s so sorry. He fears she’ll die and it’ll be all his fault.

Nate: “The MRI showed Nikki is suffering from a brain contusion.”

Y&R Nate Hopes Victor Can Get Back

Later, Nate points out that they have to prepare for the worst. He just hopes Victor (Eric Braeden) can get back there before Nikki fades. Over with Abby (Melissa Ordway), she opens an early Christmas present from Arturo (Jason Canela) and agrees to attend Mia’s (Noemi Gonzalez) holiday party. Kyle (Michael Mealor) and Lola (Sasha Calle) make plans to show up, too.

Young and The Restless Rey and Arturo Grill Kyle

At home, Mia surprises Rey (Jordi Vilasuso) by mentioning that she invited Sharon (Sharon Case). She suggests that she wants to form a friendship. At the get-together, Rey and Arturo end up grilling Kyle about his intentions with Lola. She knows they’re trying to give him a hard time, so she saves him from more interrogating.

Talk turns to Rosales family stories, so Rey tells one about their mom and how he pulled over her favorite singer. It led to an impromptu performance and some warm memories. Mia notes that they also went skinny-dipping that night, but Rey doesn’t recall doing that. Arturo exchanges an awkward look with Mia, so they were probably the only ones who went for a dip that night.

After Sharon endures some discomfort, she’s finally able to get out of there. Rey finds her at the coffeehouse eventually and offers a keychain as a gift. He notes that they never got to take a road trip together. Rey admits that although he’s reunited with Mia, Sharon is still important to him. Sharon returns the sentiment and they share a nice moment.

Over with Jack (Peter Bergman), he stuns Kerry (Alice Hunter) by asking her to go on a trip. Jack thinks a holiday vacation in Bora Bora would be the perfect getaway. Kerry needs time before she makes a decision but ultimately throws caution to the wind. She comes back to the Abbott mansion with her luggage and makes love with Jack before their flight.

Abby and Arturo also get passionate while Rey turns up the heat with Mia. “The Young and the Restless” spoilers say all these couples had better enjoy the bliss while it lasts! It won’t be long until more romantic trouble strikes. We’ll give you updates as other Y&R details and rumors emerge. Stay tuned to see what’s next in Genoa City.

The Bold and the Beautiful Spoilers Friday, December 21: Hope Stands Up To Liam And Steffy – Reese Comforts Taylor