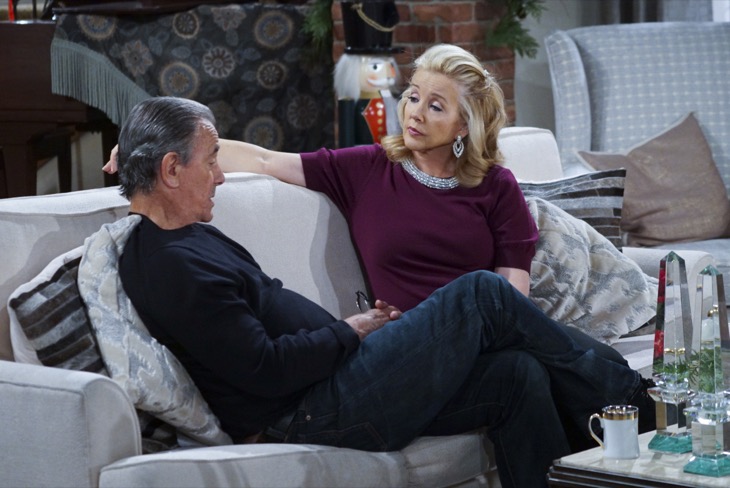 The Young and the Restless (Y&R) spoilers tease that Victor Newman (Eric Braeden) will be back in just a few weeks. Eric posted on his Twitter that he was back on the set with his long-lost daughter, tagging Amelia Heinle—the actress who plays Victoria Newman. There’s not much that is known about his returning storyline, but based on the current plot, here’s what will probably happen.

Let’s face it, Victor is really good at coming in and cleaning up messes. He has done it countless times with everyone in his family, including Sharon (Sharon Case) and Phyllis (Gina Tognoni). With Victor coming home, it’s pretty clear that he will side with his daughter and wife, Nikki (Melody Thomas Scott).

.⁦@ameliamheinle⁩ back on set with my long lost daughter!! pic.twitter.com/JHx6PKS6i4

It’s likely his first airdate will be for New Years or maybe for the Christmas episode. The show tapes five weeks in advance. His return will probably be action-packed and fueled with urgency as he helped Nikki and Victoria crawl out of their legal issues.

Soap fans, are you excited Victor Newman is coming back in a few weeks? Do you think he will help his family out of this legal drama with JT’s (Thad Luckinbill) murder? Don’t forget to come back for more The Young and the Restless (Y&R) spoilers, news, and casting news!