This is Us Spoilers: Randall and Beth In Trouble? 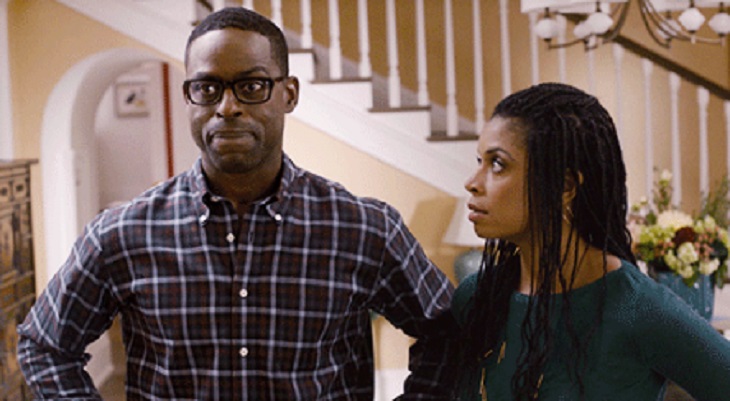 This Is Us Season 3 winter finale dropped a major bombshell on the fans—Randall (Sterling K Brown) and Beth (Kelechi Watson) may not be on good terms. Randall found out that he had no chance to win the election and Beth asked him to drop out—he refused. He wanted to see the election to the end. This, of course, led to Beth escorting Randall to his bed on the couch.

Will Randall and Beth Be Okay?

Last season, the writers showed the viewers a scene that Tess (Iantha Richardson and Randall were visiting “her.” At the time, many fans believe her was Kate (Chrissy Metz). However, it is looking like it may be Beth. In the fast forward scenes, Beth and Randall do not appear together. Is that a hint they will break up? We can’t say right now.

For Beth, she cannot back down and support Randall in his quest for city councilman. She believes that since he is going to lose, he should pull out now. However, Randall believes in his journey and he wants to see it to the end. He cannot believe that his wife will not support him. And, for both of them, it becomes a huge issue and hurdle in their marriage.

Us watching a random episode of #ThisIsUs acting like it’s not the 127th time we’ve watched it… pic.twitter.com/4FF1DCajLZ

This Is Us Spoilers – Tess’s Declaration

Will Randall and Beth work things out? Did you like how the show handled Tess’s admission? Don’t forget to come back later for more This Is Us spoilers, news, and casting updates!