The Young and the Restless (YR) Spoilers: Nikki Forced To Help Nick – Sharon Blackmails Her 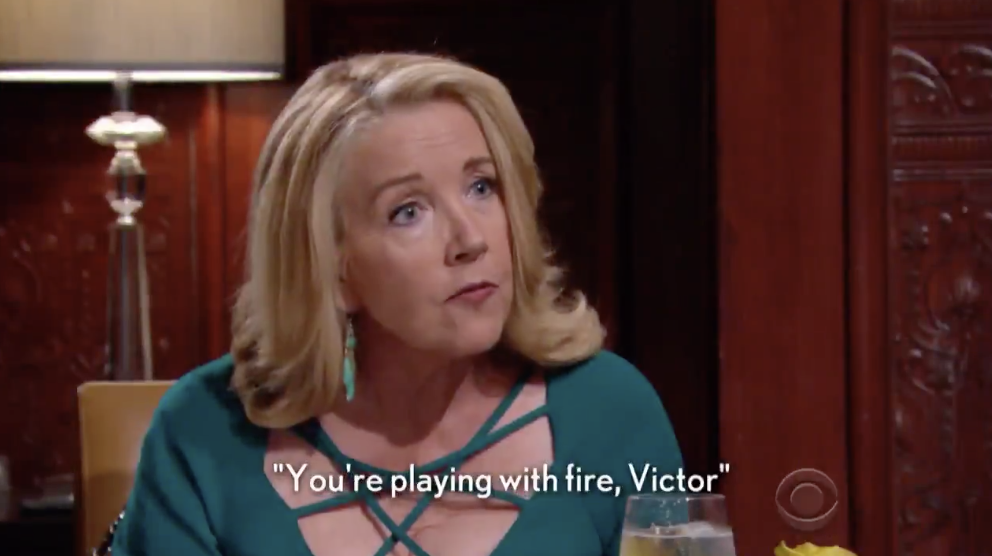 Nikki (Melody Thomas Scott) didn’t consider that Sharon (Sharon Case) might go there on ‘The Young and the Restless’. But her potential on-again daughter-in-law rightly applied pressure to Nikki. The first-half of ‘Niktor’ needs to do whatever is possible to prevent Nick (Joshua Morrow) from losing custody of Christian (Jude and Ozzy McGuigen).

Sharon made no bones about telling, not asking, Nikki to do something. If Mrs. Victor Newman doesn’t comply, Sharon will respond in some way, up through and including talking to Paul (Doug Davidson) about the true circumstances relating to J.T. Hellstrom’s (Thad Luckinbill) demise.

Victor (Eric Braeden) is insisting on litigating issues related to Christian’s welfare. The ‘Moustache’ actually has a legitimate beef, regardless of what any Genoa City resident thinks. This is his grandchild, who he’s done nothing wrong too. Additionally, he offered Nick a legitimate position at Newman that was rejected due to this middle-aged man’s sense of entitlement.

Nick is leery of his father, but allowing him to visit with Christian is hardly dangerous at this point in the little guy’s life. Maybe it’s possible that Nick has considered his own age-shift, which transformed little boy Nicholas into high school Nick, who Morrow has betrayed since the mid-1990’s? Of course, that’s a wink at SORAS’ing, which is prevalent in the daytime world.

In reality, even in the fictional reality of this Wisconsin town, it will be many years before Christian is old enough to be swayed by anything Victor does. Nick appears to be (or is) overreacting, considering the ‘Black Knight’s’ age and health. Said emotional knee-jerk then provoked Victor to hire Michael (Christian Le Blanc).

The coming week’s legal proceedings will see Brittany’s (Lauren Woodland) return to GC. She’ll be representing Nick and Christian at the arbitration hearing that Michael kindly suggested as an alternative to a courtroom battle.

Scott’s character took the threat she received from her longtime nemesis seriously and will at least do more than she’s done to-date. Whether that influences the custody challenge remains to be seen.

The Bold and the Beautiful Spoilers: Ridge and Brooke’s Marriage Is In Crisis