The Young and the Restless (YR) Spoilers: Mariah’s Concerns Are Justified – Sharon Vulnerable, But Experienced 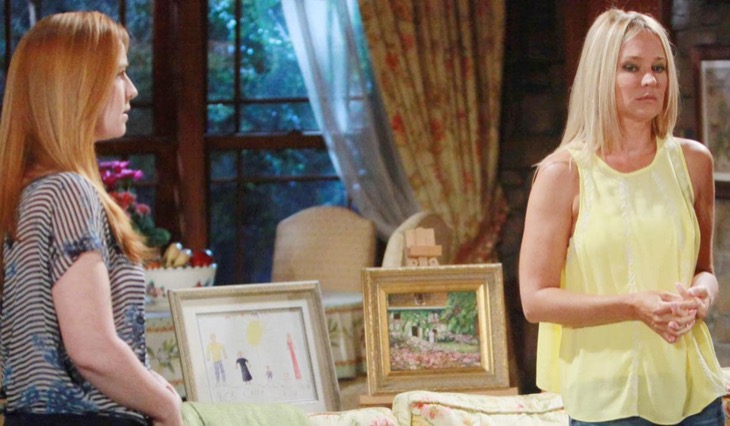 Mariah (Camryn Grimes) is looking out for her mom on ‘The Young and the Restless’. Sharon (Sharon Case) and Nick (Joshua Morrow) have taken a joint leap of faith (no pun intended) and with that comes risk.

It’s fair for Mariah, any fan, or longtime Y&R observers to wonder if ‘Shick’ is beginning to reform, or not? Nick’s acceptance of Sharon’s offer to move to the cottage with Christian (Jude and Ozzy McGuigen) resulted due to extraordinary circumstances.

Choosing to take the boy Nick thinks of as his son to Sharon is dramatic on many levels. Sharon was the woman who raised Sully (the name she and Dylan, Steve Burton) as her own offspring, even though he wasn’t. This is also Nick’s first love, first wife, almost second-time spouse in 2014, and the mother of Faith (Alyvia Alyn Lind) and Noah (Robert Adamson).

Sharon is not in love with Nick, but she’s surely become fond of him again. Her demeanor in that direction has rapidly unfolded within the past few months. Nick’s outing of Scott’s (Daniel Hall) feelings for Abby (Melissa Ordway) and stance by Sharon’s bedside, after Chelsea hit her over the head, proved doubly endearing.

Mariah’s been witness to plenty since discovering Sharon was her mother in the recent past. Within the last year, she’s seen Sharon’s growth and attainment of mental stability, along with a life-work balance. Basically, Mariah doesn’t want to see her mother’s progress endangered.

For all who believe in Sharon, let’s trust her instincts. She is the sole and final arbiter over what’s best for her life.

Yes, Sharon has taken a significant risk by having Nick and Christian move in. But let’s see how everything develops, instead of jumping to historically-based conclusions. Life is about the past, the here and now and the future in GC and on this side of reality.

The Bold and the Beautiful Dan Martin Returning To B&B As Lt. Baker