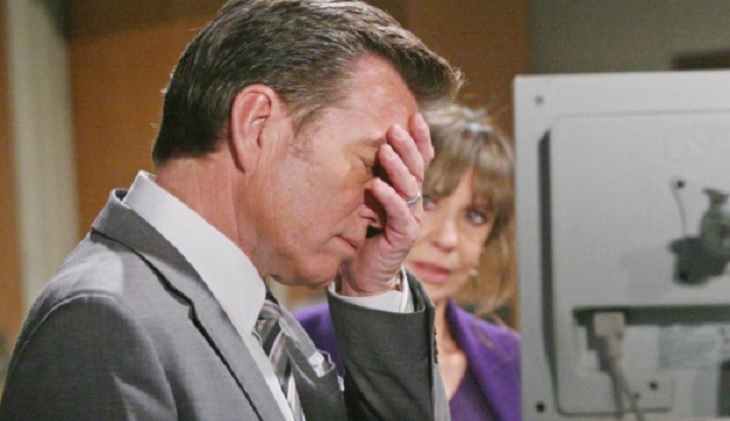 Yes, Kyle (now played by the recast Michael Mealor), voted against his father on ‘The Young and the Restless’. But Jack (Peter Bergman) will do all he can to regain a relationship with his son when Kyle returns to Genoa City later this month.

As Y&R fans recall, Mealor was recently announced as assuming the role of Jack’s younger son Kyle, whose mother is the late Dianne Jenkins’ (as last played by Maura West). The revival of this character comes at a time when Jack is under severe pressure and desperately needs an ally.

The oddness of Kyle’s no-confidence vote temporarily jeopardized his father’s hold on Jabot’s Chief Executive Officer spot. However, Jack invoked a special clause he had written into the company’s bylaws years ago. While it was originally intended as way to check Phyllis’ (then played by Michelle Stafford) then-potential power-grab, Jack used said legal supplement to block Ashley’s (Eileen Davidson) attempt to assume control ages now.

Within a short amount of time Ashley left Jabot and was hired by Victor (Eric Braeden), where she became Newman Enterprises Chief Innovation Officer. Vickie, who was (past tense used purposely) Newman’s Chief Operating Officer was outraged that her dad would allow Ashley to enter their turf and immediately began working on a plan with Jack.

Together, they framed Ashley for corporate espionage. But their efforts proved amateurish, Abby (Melissa Ordway) got the goods on them and turned the evidence over to the man who’s also her father, not just Queen Victoria’s. All of that resulted in Vickie’s removal from power and Ashley’s return.

Jack finds himself on the wrong end of threatened legal action that he well could lose if Ashley pushes all in. That’s why, now more than ever, he needs Kyle to watch his back. But will he?

The mysterious nature of Mealor’s character having undercut his father and by mail no less, means that Jack will have to learn what Kyle’s beef is. Then, the elder Abbott will need to regain his son’s trust, assuming that’s possible.