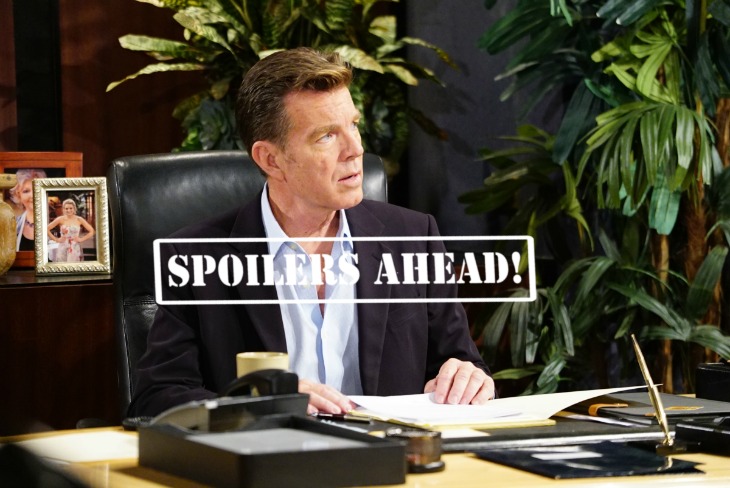 Jack (Peter Bergman) had enough on ‘The Young and the Restless’. He decided, within the same week as having been booted from the CEO’s perch, that Jabot was his past, but not his future.

An earlier conversation with Kyle (Michael Mealor) at Crimson Lights seemingly went well. It appeared as though Jack was going to leave his perceived family’s company, strike out on his own, and form a new business. But ‘Smilin’ Jack’ and Son never formed.

Kyle’s loyalties seemed to have shifted since Victor (Eric Braeden) snookered him a few weeks ago. Despite having provided the ‘Moustache’ with circumstantial proof of Jack’s non-Abbott status, that led to the public reveal at the movie house, Kyle didn’t realize the prized job he’d hoped for at Newman Enterprises.

The reckless acts Jack took after storming off to the Abbott cabin genuinely frightened Kyle as well. Yet, when his dad told uncle Billy that he was resigning same-day at Jabot, Kyle didn’t go along. So, Mealor’s character was actually concerned, yet still valued his own career goals more highly than his father’s well-being.

Jack’s decision was rash, as Billy suggested. The surprise of not having Kyle’s support didn’t prevent the walk-out from happening. Jack’s bounce away from what is now Billy’s office and hurried rush for one last ride down the Jabot building’s elevator played out at week’s end on Y&R. So, what’s next.

Well, Kyle can expect the cold shoulder. No, that wasn’t a reference to the Fenmore’s fashioned style that Phyllis (Gina Tognoni) often sports. And Billy’s ever-fragile relationship with Jack has now been further damaged.

Surely, Ashley (Eileen Davidson) won’t initially support her half-brother’s exit. That feeling could easily deepen if Billy opts to only implement his own ideas at Jabot and they don’t go as planned.

Bergman’s character iconic character has been written toward fresh territory by Y&R, which is actually encouraging. Jack has new dramas to pursue, which should prove compelling in Genoa City this spring and into the summer.

The Bold and the Beautiful Weekly Spoilers May 28 To June 1: Bill Feels His Son’s Wrath – Steffy In Labor – Hope and Steffy Face Off