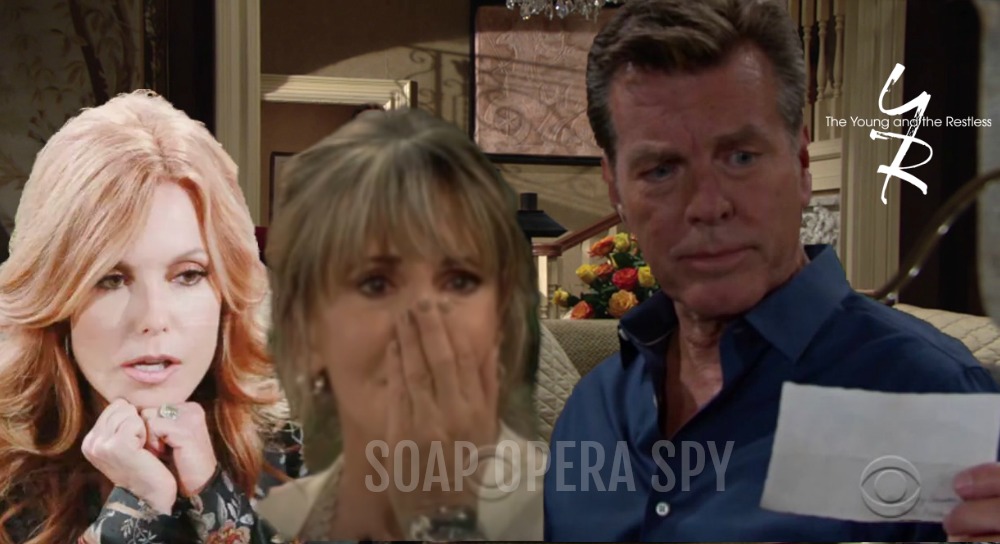 Jim Storm hasn’t appeared on ‘The Young and the Restless’ in over thirty years. But the character he once played, Neil Fenmore, is now being tagged as Jack’s (Peter Bergman) potential father.

Hardcore television fans know that Storm gained fame through his portrayal of Gerard Styles on the daytime horror-soap hybrid, Dark Shadows. Storm played the man who was possessed by the warlock Judah Zachery (Michael McGuire) during the final years (1970-71) of that sensational, iconic steamer’s run. Storm appeared in minor roles in a few other daytime shows and later went on to play a lead character, Bill Spencer, Senior, on Y&R’s spinoff show, ‘The Bold and the Beautiful’, from 1987-2009.

“Which one of them is my father” so Dina had a train ran on her? Poor Jack the result of a 🚂 🚂 #yr pic.twitter.com/6qK5sLhtYF

It’s always great to see Bregman, who debuted on Y&R in 1984, and currently holds a recurring role. Her character crossed over to B&B from 1993 through 2007, which meant that Bregman worked with Storm. Soapy magic allowed Lauren to not recognize that Bill Spencer, Senior looked exactly like her father.

Jack’s ongoing paternity quest enables the original Neil’s name to be used in dialogue again. When newer viewers read Neil, they are likely thinking Neil Winters (Kristoff St. John). St. John didn’t debut in that role until 1991, which provided enough time separation to reuse the same first name within its scripts. Storm’s character appeared on Y&R between 1983 and 1986, when he passed away.

There is a logical non-starter that exists within this proposed backstory change. Jack was previously involved with Lauren and Jill (Jess Walton). So, it’s probable that Jack will have his DNA compared to Lauren’s and Neil Fenmore will then be nixed as a biological link between Jack and the Fenmore sisters.

A variety of men appear in the photograph that Jack found in Dina’s (Marla Adams) safety deposit box earlier this year. Apparently that snap shot had been singularly stored in a Genoa City bank for more than half a century. That would date this created story past the point when Y&R actually debuted, which was in 1973. So, in all likelihood, Jack will need to investigate the other ancient images if he is to answer the paternity question Dina’s reveal stunningly sparked.

s always, more detailed spoilers and a full collection of pictures for the week in question will appear here on Soap Opera Spy, where there will be more clues and hints over exactly what’s going on.