The Young and the Restless (YR) Spoilers: Coverup Crew Worries – Paul Knows Something Is Off 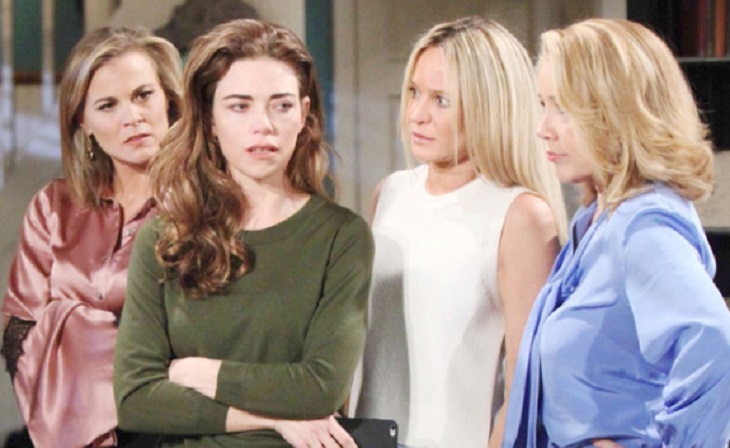 Paul (Doug Davidson), like many on ‘The Young and the Restless’, knows that it’s odd how often he’s seen the coverup crew together. Their persistent explanation is that charity work brings them together, but that sounds like a rehearsed excuse.

Phyllis (Gina Tognoni) knee-jerked to lying about the accidental crime that caused J.T.’s (Thad Luckinbill) demise. She made herself the ring leader because of her animosity toward authority, not just to Paul. Michelle Stafford’s version of this character ran ‘Pristine’ down years ago and was never prosecuted. Phyllis’ full escape from that unproven crime (and others) apparently still drives the softer edition of the character Tognoni embodies.

Nikki (Melody Thomas Scott) never intended to erase J.T., but it happened. She acted as various protective parents would when seeing that Vickie (Amelia Heinle) was in trouble. However, Nikki quickly went along with Phyllis’ plan to not report J.T.’s death and then bury his body in Chancellor Park because she felt Paul betrayed her.

Christine (Lauralee Bell) and Paul pressured J.T. to work undercover for them. They believed Victor was involved in price-fixing, a storyline point that hasn’t been explored further. ‘Pristine’ also knew that J.T. buried (pun intended) Nikki’s embezzlement as a favor to Vickie, a gift that Nikki seemingly shrugged off.

Initially, Sharon (Sharon Case) was inclined to come clean. She eventually relented, deciding that going along with the coverup crew’s plan was in everyone’s best interest. Along with that, she just told Nikki and Vickie that Phyllis had a plan to pin the crimes on them (meaning Scott’s and Heinle’s characters) if those acts ever came to light, as the Newman ladies had the money and connections to deal with any fallout.

Just as the coverup crew collectively began to believe that J.T. was still alive, so too will group worry keep their secret ever unsteady and freedom uncertain. Paul seemed suspicious of Vickie’s confession; that she helped J.T. to escape town because she still loved him, but also felt pressured.

How soon Paul uncovers (wink) evidence, happens upon information, is given dirt (wink) about this quartet remains unknown. But surely the J.T. secret can’t remain buried forever because this is soap.