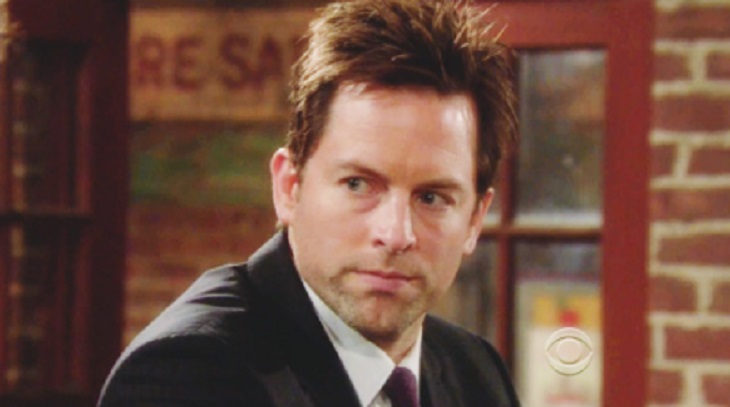 Chelsea (Melissa Claire Egan) referenced Adam (most recently played by Justin Hartley) on ‘The Young and the Restless’ this week. Her conversation with Sharon (Sharon Case) winks at ongoing conjecture about this infamous character’s potential return to Genoa City.

Devoted Y&R fans, along with followers of other soaps, know the backstory. Michael Muhney was unexpectedly removed from the cast by former executive producer Jill Farren Phelps in December 2013. Muhney was last seen on-screen in January 2014, when Adam and Billy (then played by Billy Miller, who voluntarily departed the cast in that episode) were involved in a fiery SUV crash.

Daytime devotees were naturally curious as to why such a popular character would be written out. Spurious speculation, offered by anonymous sources regarding the reasons behind Muhney’s removal, was later confirmed as false.

Related: The Young And The Restless News: Max Page Preparing For Heart Surgery

Muhney acknowledged that his on-set demeanor was overly aggressive and led to his cast removal. He also complimented Phelps.

As 2014 played out, Muhney advised via his Twitter account that he was interviewing to be re-hired by Y&R in the summer of 2014. However, any read of this actor’s current mention often includes repeat of said rumors about Muhney by apparently uninformed observers. That factor may, or may not be prohibiting Y&R from rehiring Muhney to play Adam once again.

Hartley won the 2014 casting call and delivered a solid performance during a well-received run through the summer of 2016. Adam was last seen alive in September of that year when he was believed to have died in a cabin explosion.

Muhney’s current absence from social media has crossed the two-month mark, which is highly unusual for an actor who’s routinely engaged with his audience. Combined with numerous recent mentions of Adam and an apparent revival of the Christian (Jude and Ozzy McGuigen) paternity question, it is fair to wonder if these points are clues?

Whether Y&R is establishing an Adam return and if that will also include Muhney’s re-hire can’t yet be known. But such is soap.