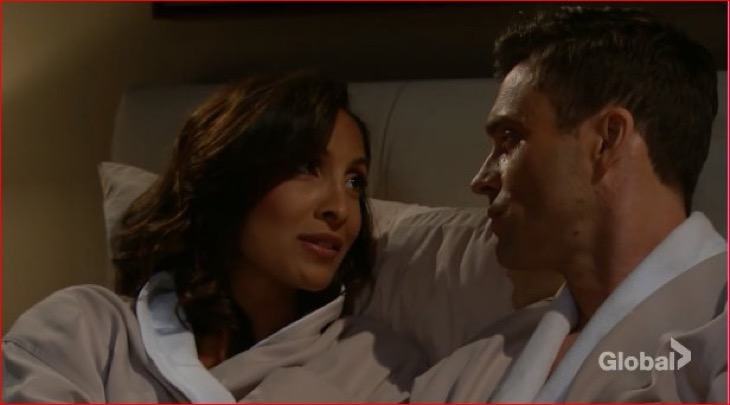 ‘Lane’s’ reconnect took place in Paris, France, on ‘The Young and the Restless’. Well, Cane (Daniel Goddard) and Lily (Christel Khalil) were shown in that setting, but weren’t actually there due to understandable budget restraints. Most importantly, one of Y&R’s most likeable couples is back together again.

Devoted viewers know ‘Lane’s’ complex backstory. Their history has been filled with interpersonal matters, larger family issues, expansion through children, career pursuits and other mostly joint endeavors. Those who aren’t familiar with Mr. and Mrs. Ashby’s extensive tale would benefit from a modest refresh.

Related: The Young and the Restless RUMORS: Jordan Gone For Now – Will He Back For Another Scheme Or More Revenge?

Cane and Lily fell for each other long ago. Over time they’ve had their challenges, including Lily’s cancer scare, which necessitated their twin children being born through a surrogate. Cane faked his death at one point. ‘Lane’ divorced and then remarried in the same romantic city that Goddard and Khalil were said to be in this week on Y&R.

The Juliet (Laur Allen) issue feels far behind the reunited couple, though Sam, Cane’s son through that limited-run character will be a central part of the now-reunited ‘Lane’s’ life. Lily simply needed time to process all that happened, none of which was her fault this time around. The Joe (Scott Elrod) arc won’t be detailed, except to say that Lily’s link to him put ‘Lane’ risk in the past.

It’s great to see that Y&R isn’t interested in splitting another longtime couple. That’s been done to so many other duos in the past, but, encouragingly, also didn’t cut ‘Niktor’. Mimicking real life, forgiveness, though hard-earned, happens.

Soap serves as an escape, but it also tells terrific fictional stories as its devotees attest. All who enjoy sports, as this writer does, made the connection between daytime drama and those ongoing stories long ago.

Following characters, be they in uniforms for one’s team, or people who live in Genoa City is very similar. Seeing a good family, headed by two solid parents and that now includes three children is also pleasing. Yes, the Ashby team won in the end.