The Young and the Restless (YR) Spoilers: Billy Is Upset – Not Pleased Victoria Back With JT 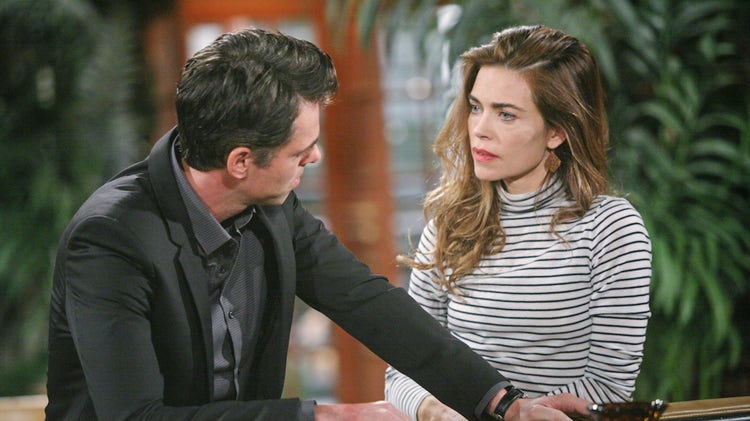 Billy (Jason Thompson) didn’t want Vickie (Amelia Heinle) on ‘The Young and the Restless’. But he also doesn’t want J.T. (Thad Luckinbill) to be with her. That’s a feeling some ex-spouses possess in the real world and on Y&R.

‘JTV’ existed before ‘Villy’ ruled Genoa City, or at least Vickie and Billy’s (then played by Billy Miller) part of it. As hardcore daytime drama fans know, there was no nickname for J.T. and Vickie in the era before social media became influential in the entertainment world.

Vickie was surprised when J.T. told her that he and Mackenzie (Clementine Ford) were having marital troubles. Miss Newman’s former husband also let her know that his current wife had sent him divorce papers. Whether Ford, or a recast of that character returns to GC as well isn’t yet known.

J.T.’s single status is currently shared by Vickie. She chased Billy for a long time before finally acknowledging last Halloween night that he’d made his romantic choice and her name was Phyllis (Gina Tognoni). Vickie expressed her outrage with a face-slap after Billy had rescued three children from The Underground, which was burning down.

Make no mistake, Billy’s spurn enabled Vickie’s head to later be turned by J.T. when he flew in from Poland. Now, she’s rushed into a relationship with her former flame and the father of her first-born child, Reed (Tristan Lake Leabu).

Admittedly, Vickie asked J.T. to move in with her for reasons that go far beyond Billy. She loved Mr. Hellstrom and obviously still has strong feelings for him. But the former Mrs. Hellstrom appears to have made a decision that feels easy in her mind, as J.T. represents a known quantity.

Whether ‘JTV’ remains together for long, or splits due to one, or both characters becoming involved with another (others), is hard to project. So the soapy arc has been established at the ‘Father Knows Best’ set where Vickie originally lived with Billy (as then played by Miller), who has now been supplanted by J.T., much to Thompson’s character’s chagrin.

Soap Opera Weekly Ratings January 1 to 5: GH, Y&R, B&B UP – DOOL is down in Total Viewership!