The Young and the Restless (YR) Spoilers: Ashley Written Out – Abbott Family A Mess 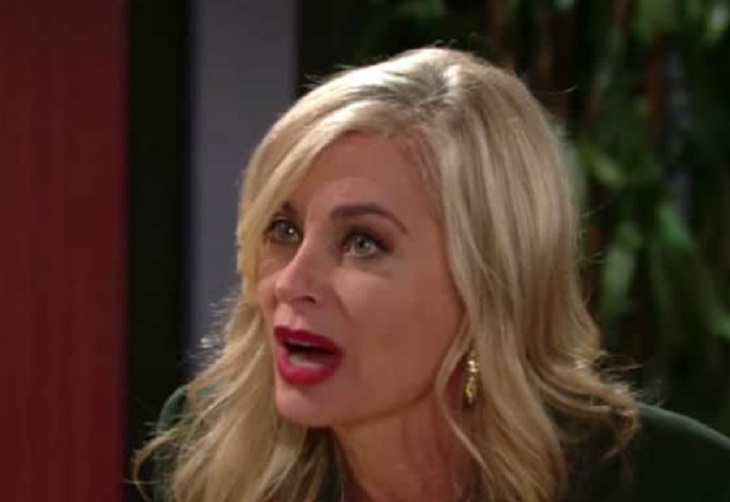 Longtime fans of ‘The Young and the Restless’ know that Ashley (Eileen Davidson) isn’t perfect, but she’s also not a B-movie villain. With whatever old storylines might be referenced by detractors of this character, devotees of Y&R know that Davidson’s voluntary exit from the cast resulted in the controversial write-out of her character.

It’s always possible that a recast has been planned. Maybe Ashley won’t exit Genoa City under a dark and stormy night cloud. Possibly this cliche won’t play out as it appears. But if a new actor, or an actor who’s played Ashley in the past, doesn’t appear, then the current Abbott family mess will feel contrived.

Okay, Billy’s (Jason Thompson) a screw-up. While Thompson’s character had earned his most productive business success in years, if not ever, the addiction itch couldn’t be sufficiently scratched and he fell into gambler’s gutter once again.

The real Ashley would never have allowed Kyle (Michael Mealor) to behave like a petulant child who wanted Billy’s lollipop. Instead of telling Billy and Jack (Peter Bergman) exactly what her shady nephew was up to, she didn’t.

Ashley’s now-acknowledged moral crime was actually far worse than Kyle having manipulated Billy’s button-push. She actually orchestrated a bizarre scheme, even by GC standards, that saw her use Andrew, as played by Coby Ryan McGlaughlin, to do her dirty bidding.

McGlaughlin’s alter ego could be sustained if the show opts to do so. That would be a positive point, if it proves true. Yet, the potential addition of a new cast member wouldn’t overcome the deeply debatable, apparent write-out of a legacy character who was portrayed by a tenured cast member.

In the meantime, the idea that Ashley would use science to make Jack believe he wasn’t John’s (Jerry Douglas) son is incredible. Her brother’s resultant rage fully reveals just how wrong that decision was.

Viewer’s take on the entire storyline will likely vary by opinion. Some may feel the ride was intriguing, others will feel betrayed themselves. A balance of both takes might provide an answer that isn’t slanted in favor of, or against Ashley’s exit.

General Hospital Spoilers: Laura In Grave Danger – Ryan Thinks She’s On To Him