The Young and the Restless (YR) Poll: Will Jack Hire Vickie At Jabot? 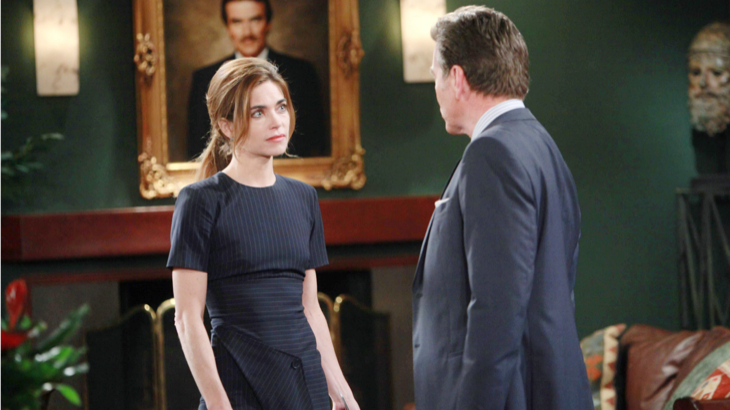 As of the moment, Vickie (Amelia Heinle) thinks that Ashley’s (Eileen Davidson) days are numbered on ‘The Young and the Restless’. The plan hatched with Jack (Peter Bergman) intends to make Ashley look like she’s passing secrets to her brother, with the intent of having Victor (Eric Braeden) fire her. However, a coming backfire could easily result in Vickie’s termination. So will Jack hire her if she’s the one to be fired?

Jack doesn’t want his sister working for Victor for two main reasons. It’s hard to know which actually comes first within his mind, or if they’re actually tied. With whatever is true, he believes that Victor will poison Ashley’s mind and push her toward, or into mental instability. Jack also doesn’t want Jabot’s main competitor to benefit from Miss Abbott’s talent.

Melissa Ordway’s (Abby) back from maternity leave, which means that Abby is back from Paris, France. After arriving, she’ll learn what Vickie’s attempting to do to Newman Enterprises.

Abby is naturally more loyal to her mom then her half-sister. When considering how Vickie gleefully pushed Abby out of the way, after Victor saved her bacon after the Brash and Sassy flop and then made her Chief Operating Officer, the loyalty issue is driven deeper.

As soon as Abby tells Ashley what’s been going on all bets are off. Ashley will surely suspect that Vickie has an accomplice and that his name is Jack.

All that will be needed at that point is proof that Vickie was complicit in the dirty deal. If Ashley gets that, Victor won’t be happy. Will he go so far as to fire Vickie then? Maybe not. But even if he doesn’t, she’ll likely be unwilling to work in the hostile work environment she created.

And then Jack will strike again. If he can’t have his sister back, why not take Victor’s first-born daughter? That counterpunch, if effective, could help to balance the business rivalry scales.

Fans of ‘The Young and the Restless’ rightfully express their opinions on a regular basis. So, will Jack hire Vickie to work at Jabot? Please vote in our poll below!