The Young and the Restless Spoilers: Will the Abbott Family Survive the Jabot War Between Jack & Ashley? 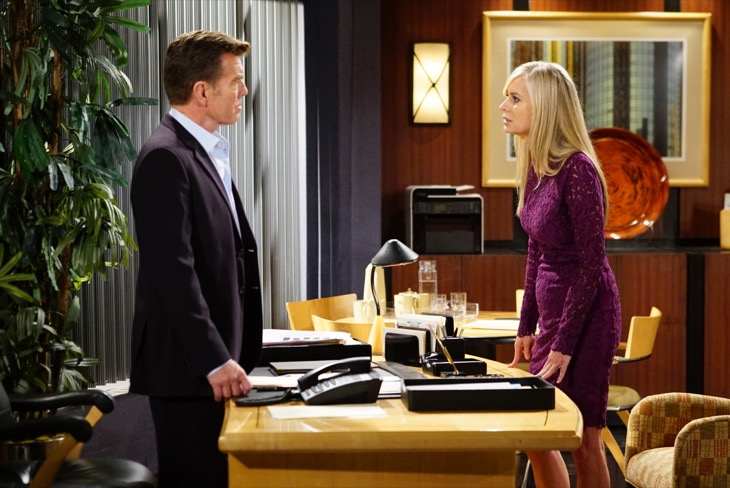 The Young and the Restless (Y&R) spoilers reveal that Jack Abbott (Peter Bergman) and Ashley Abbott (Eileen Davidson) may have agreed to settle their business differences in arbitration instead of having a blood-smeared court battle over who should control the family business Jabot. But, let’s be honest, here, after all the mud-slinging and unbelievably hurtful things both siblings have done to each other, what will be left of this once, proud and prominent family of Genoa City?

Related: The Young and the Restless Spoilers: Victoria Helps True Love – Cane and Lily Reunite In The City Of Love

Y&R sources show that in the past, Jack and Ashley may not have always agreed on everything, but they were two siblings that, when push came to shove, never let anything come between them; they always fell back on their family values that father John Abbott (Jerry Douglas) instilled on them. It was something Y&R fans always deeply admired about them; so when Jack served Ashley with papers using the fact that John was not her biological father as leverage to keep her from being the CEO of their family company, it was a low and devastating blow and one that might ultimately destroy their lifelong relationship and tear up the entire Abbott family!

The Young and the Restless’ Tracy Abbott (Beth Maitland) has always tried to be the heart of the family and the sound of reason, but even she may be out of her element when it comes to this situation. There has been so much anger and bitterness said and done between Ashley and Jack, there truly might not be any way to recover from that; even the family “screw up” Billy Abbott (Jason Thompson), who fights with his big brother, Jack all the time, but loves sister, Ashley is affected by the fight, not only from the Abbott side of the family but also on the homefront with Phyllis Summers (Gina Tognoni), who seems to always be her ex-husband, Jack’s biggest cheerleader.

LOVE THE YOUNG AND THE RESTLESS? SIGN UP FOR OUR EXCLUSIVE NEWSLETTER!

Jack and Ashley fight for control at Jabot today on #YR! pic.twitter.com/fOsW68X0YY

Y&R spoilers reveal that this battle is far from over among the Abbotts and one has to wonder if there will be any sort of family unit left intact once everything is said in done. Do you think Ashley and Jack took it too far?

Be sure to tune into CBS’ The Young and the Restless (Y&R) to catch up on everything happening in Genoa City right now. Check Soap Opera Spy often for updates, news, rumors, and spoilers!