The Young and the Restless Spoilers: Will Sharon Pull The Plug On Her Relationship With Nick? 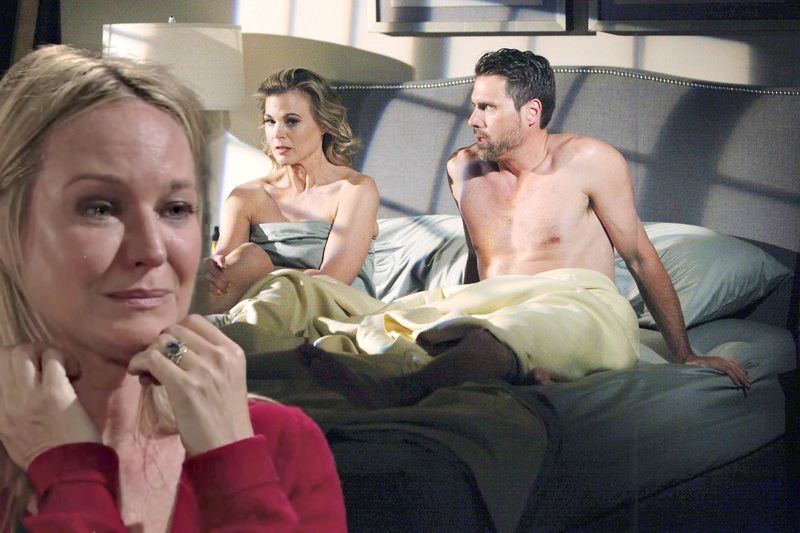 The Young and the Restless spoilers indicate that Sharon Case has another uphill battle, and this one is quite a personal, if not bizarre one. Even though she has always managed to work her way out of the most difficult situations, this one might be a little tougher.

As many Y&R fans already know, the blonde bombshell has seen her fair share of curve balls in her life. After all, at one point she did end up in a mental hospital when she was dealing with her bipolar issues. And while her life seems to be more stable these days, it’s not without drama.

After all, she elected to finish her education and at one point even volunteered at a crisis hotline, she’s not running Genoa City’s most popular coffee shop, Crimson Lights. On top of that, she’s also dating hottie Nick. (Joshua Morrow) But it looks like their relationship might have hit quite a bump recently.

Of course, things haven’t been going very well for Sharon these days, either. Sharon still has serious concerns about Nick’s mental health and stability. After all, who goes to great lengths to impersonate someone who is dead? Trying to get back and humiliate his Dad Victor (Eric Braeden) is one thing, but pretending that you are a dead guy is another. Sharon has every reason to be worried and is very angry at Nick.

Add to all this because they felt spurned by their significant others. Nick and Phyllis (Gina Tognoni) end up in bed.  Will Sharon be able to forgive Nick’s indiscretion?

But seeing how Sharon has had plenty of ups and downs in her life, she’ll get through this, just like she’s gotten through so much more. There’s nothing or no one that can bring Sharon down!

Days of Our Lives Spoilers: What Is Going On Between Ben And Ciara?