The Young and The Restless Spoilers: Phyllis’ New Nightmare Revealed 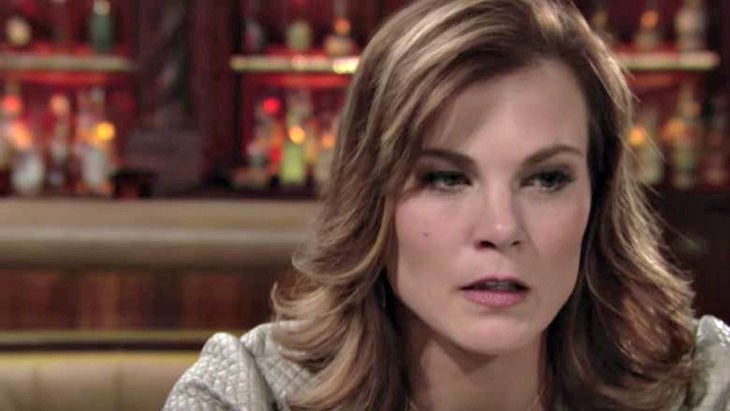 ‘The Young and the Restless (YR) spoilers indicate that Summer (Hunter King) and Phyllis (Gina Tognoni) have definitely gotten closer in the last several weeks, thanks to the young woman being honest to her mother about burning through her trust fund. And while things might be looking good right now, Summer and her erratic behavior might soon turn into a nightmare for her mom Phyllis.

After all, Summer has proven that she is a mini-Phyllis. The apple surely doesn’t fall to far from the apple tree here. Summer has shown that she is definitely her mother’s daughter, which Phyllis isn’t too pleased about at all.
So does this mean that Summer is about to give her mother Phyllis a good run for her money?

It looks like that might be the case! In fact, actress Hunter King, who plays Summer on the hit CBS soap, puts it this way to CBS Soaps in Depth, “There is a part of her that is still daddy’s little girl. Summer has so much love and respect for her dad. She doesn’t want to disappoint him. But there is less guilt over her behavior, because Summer thinks that she can get away with anything that she does. Her mom has already done 10 times worse!”

Phyllis might want to stock her medicine cabinet with extra strength Tylenol because she will soon need it! Of course, fans will just have to tune in to find out what will happen next! The Young and the Restless airs weekdays on the CBS network. Check your local listings for times. In the meantime, drop us a line with your thoughts in our comments section below.

The Young and the Restless (YR) Poll: Who Is the Greater Villain In This Storyline – Victor or Nick?