The Young and the Restless Spoilers: Nick and Sharon Get Intimate – The Beginning Of Something New? 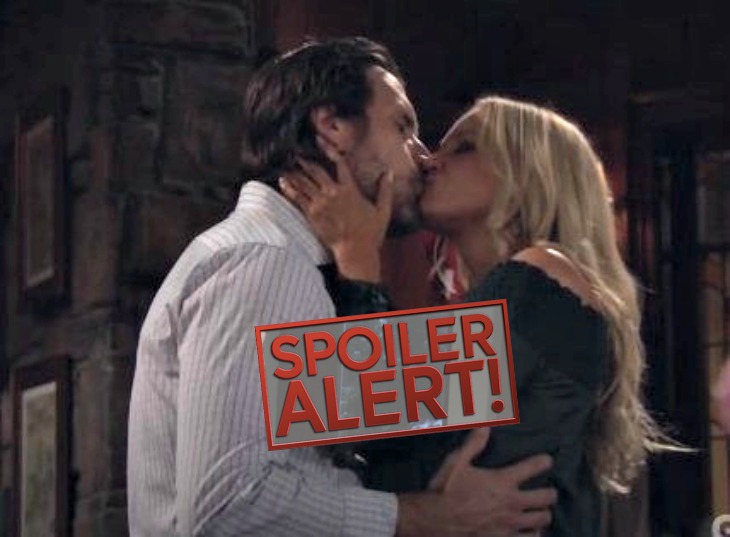 The Young and the Restless spoilers indicate that Nick (Joshua Morrow) and Sharon (Sharon Case) are about to get intimate. The two former lovers throw caution to the wind as they share a passionate kiss that might be the beginning of something new.

Related: The Young and the Restless (YR) Spoilers: Dina’s Stunning Admission Must Be Verified – Jack Not John’s Son

It doesn’t take very long for Nick and Sharon to rip each other’s clothes off as they get very up close and personal with one another. Despite their issues, Nick is still very protective of Sharon, although spoilers tease that there are a few twists and turns to come.

As a matter of fact, The Young and the Restless head writer Mal Young says that there’s a lot of unresolved residue between Nick and Sharon. He told CBS Soaps in Depth, “I think it’s obvious to the audience, and even to the characters, that Nick and Sharon, just like Devon and Hilary, try to go in different directions, but they’re like magnets! They can’t escape each other’s universe. Particularly Nick and Sharon because they’ve got kids together.”

So does this mean that Nick and Sharon are going to try and give their relationship another chance? Perhaps. After all, they’ve been through so much but they still care for each other, according to Mal Young. This might just be the beginning of a different phase for their romance. But it might not necessarily be the happy ending that they are both hoping for. Something serious is about to explode in their faces. Of course, fans will just have to tune in to find out what will happen next!

LOVE Y&R? SUBSCRIBE TO OUR THE YOUNG AND THE RESTLESS NEWSLETTER, HERE!

In honor of #YR45, we’re reliving some of the most iconic #YR moments of @JessWaltonYR. What was your favorite scene with Jill and Katherine? pic.twitter.com/Ad5VZzlj6I