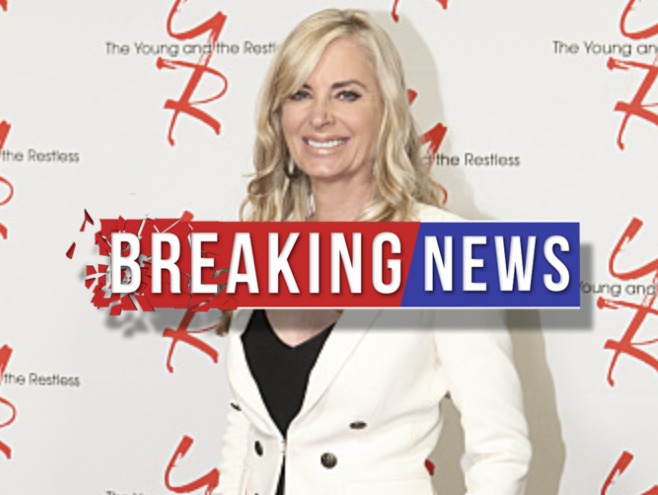 “The Young and the Restless” (YR) spoilers tease that Y&R fans will face a difficult goodbye. Daytime Confidential is reporting that Eileen Davidson is out at the CBS soap. She quit and will be leaving the role of Ashley Abbott in the near future.

According to DC’s sources, Davidson wants to enjoy time away from the soap grind with her family. It sounds like that was the deciding factor, but money could’ve contributed as well. Sony isn’t keen on giving raises, so there isn’t much of an incentive to stay.

Regardless, Davidson must’ve felt it was the right time to exit. This is a tough blow for The Young and the Restless viewers, but we respect her choice. The fam has to come first! However, Davidson may be tempted to branch out to other soaps eventually. If this was a scheduling issue, perhaps Davidson could pop in for brief stints elsewhere.

General Hospital is always looking for soap stars who were fired or departed willingly. They enjoy taking advantage of talent that’s up for grabs. Of course, Davidson is also famous for her role as Kristen DiMera on Days of Our Lives. Stacy Haiduk was recast in that role and will air as Kristen down the road., Still, there’s a chance Davidson will slip back in it at some point. Her DOOL visits are always a ton of fun.

We just can’t bear the thought of Davidson leaving the soap world entirely! It’d be a shame for her to disappear from the daytime drama scene. On the bright side, maybe Davidson will return as Ashley on occasion. After all, there should be some big Y&R events and revelations that Ash needs to be in town for.

Traci (Beth Maitland) isn’t always around Genoa City either, but she still manages to be part of the Abbott clan. “The Young and the Restless” spoilers say the family mayhem’s never going to stop, so let’s hope Ashley will make brief comebacks along the way. We’ll give you updates as other Y&R news and rumors emerge. Stick with the CBS soap and don’t forget to check Soap Opera Spy often for the latest “Young and the Restless” spoilers, rumors, updates and news.

MUST WATCH The Bold And The Beautiful Preview Video Wednesday June 27: Eric Offers Sally A Job