The Young And The Restless Chatter: Judith Chapman Talks About Gloria-Victor Romance – Will It Ever Happen? 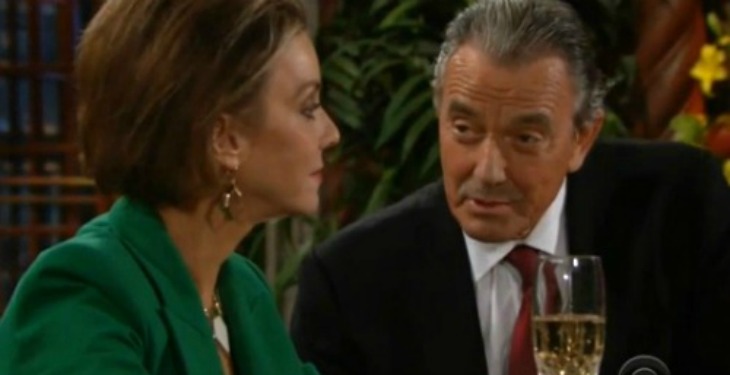 The Young and the Restless (YR) spoilers tease that Judith Chapman would love to see her alter ego paired with Victor Newman (Eric Braeden). Gloria (Judith Chapman) has never been romantically linked to Victor, so the actor thinks it would be fun to put those two strong-minded characters together.

Related: The Young and the Restless (YR) Poll: Who Will Be Confirmed As Christian’s Biological Father – Adam, Nick, or Gabriel Bingham?

Judith admitted that Gloria and Victor would have been a disaster together.  Gloria has such a fiery personality that it would become a toxic relationship pretty quickly.

The Young and the Restless spoilers state that several months back, the Y&R writers teased their pairing when Victor bought Gloria a drink at the bar. Judith said that after they wrapped their filming for that day, she giggled and told Eric [Braeden] that her character is probably the only adult female cast member that he hasn’t been paired with at some point.

Chapman said that she isn’t intimidated by Braeden.  She loves working with him, as he is a professional.  Judith still thinks it would be a “hoot” to pair Victor and Gloria up.  She added that it wouldn’t have to be a romantic relationship. Perhaps, Victor could hire Gloria as his assistant.

“I think Victor has always had a soft spot in his heart for Gloria. And again, Eric never intimidated me. We hit it off the first day I was on the job. We had scenes, and I was like, “Yay! My first scenes are with Eric Braeden. It would have been great fun, whether it would have been a love scene or just being Victor’s employee for a while. Either way!”

Judith Chapman has a point. Gloria and Victor would make an interesting couple, that’s for sure.  Would you like to see Victoria and Gloria hook up? Would you rather see her as his secretary?

General Hospital POLL: Who Is The Better Woman For Finn? VOTE!